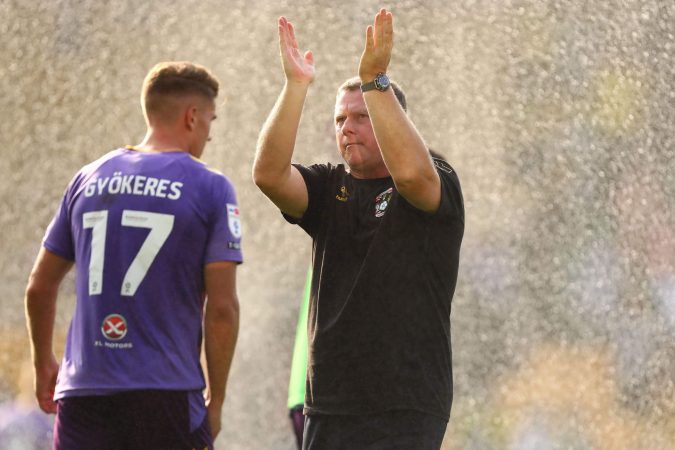 Ask any football fan and they will tell you that a new season should bring with it a sense of excitement, hope and belief.

But instead, the optimism that surrounded Coventry City’s impressive showing last term could well be on the wain as supporters are forced to deal with the latest in a long list of frustrations.

With just one point from five games, the team that this time last year were eyeing a return to the top-flight for the first time in 20 years, are now rooted to the bottom of the Championship table.

If that wasn’t enough, the pitch at their CBS Arena ground has been deemed unsafe to play on after it hosted a number of Rugby sevens games in the recent Birmingham Commonwealth Games, not to mention a number of concerts.

As a result, three Championship matches have been postponed and one Carabao Cup tie has had to be relocated as the club’s ties with landlords Wasps become ever more frayed.

So, 12-months on from telling FansBet that Mark Robins was one of the club’s greatest managers ever, where does Ross from Sky Blues Extra stand on the current situation the Sky Blues find themselves in?

“To put it simply our start has been nothing short of a disaster,” he says. 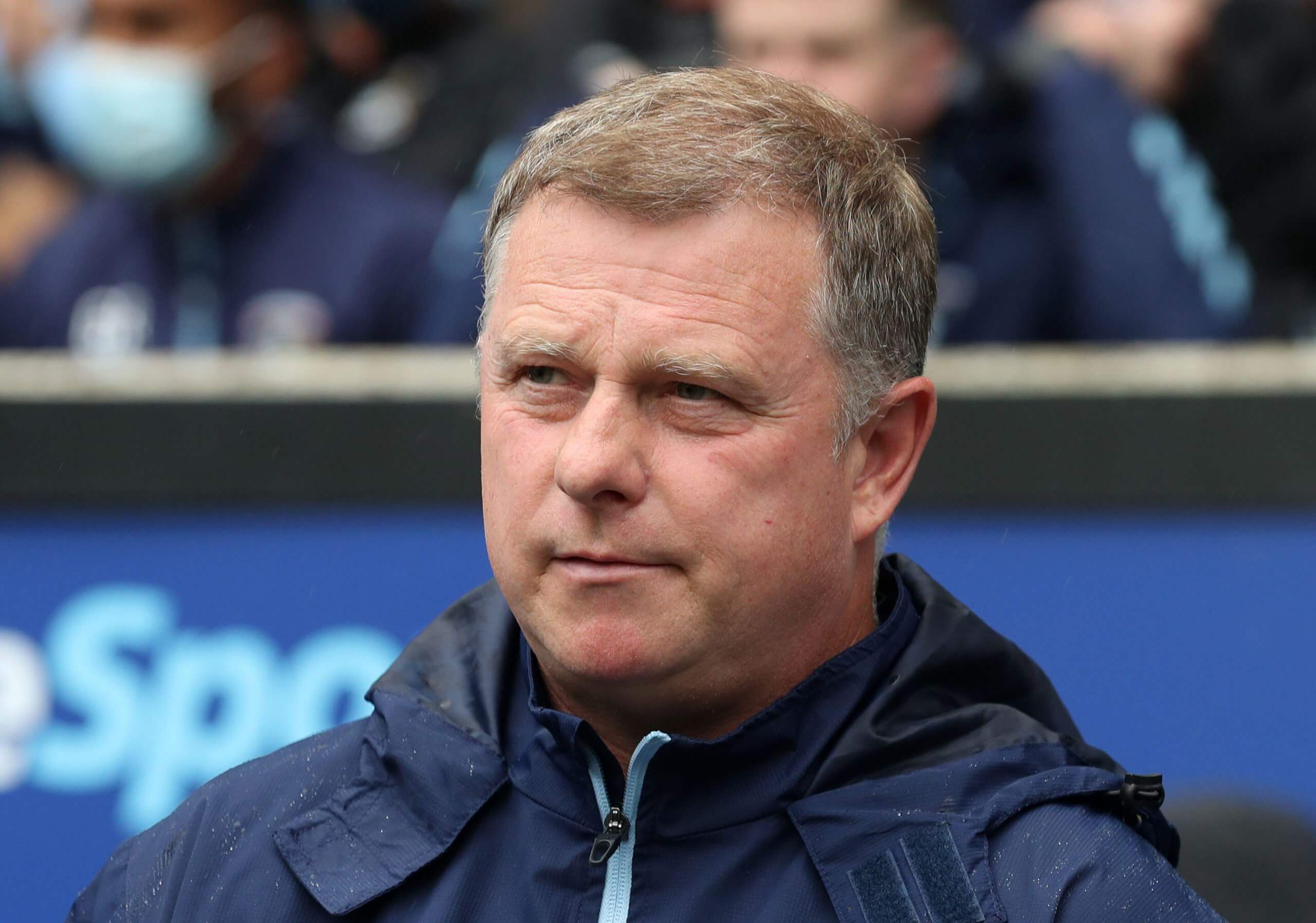 “It’s been incredibly underwhelming and very disappointing. There’s no other way you can look at it.

“Regardless of the sideshows and the mitigating circumstances and everything that’s been going on off the field to do with the pitch, forget all that. When we have been able to get on the pitch, we haven’t been good enough.

“That needs to improve pretty quickly – there was so much excitement this season after last year, we had record season ticket sales, great kits and after keeping our core group of players, everyone hoped we could kick-on.

“It feels like we’ve panicked a little bit, we’re getting desperate and we need to regain our focus, there’s no reason why we can’t.”

Ahead of the new campaign, Sky Blues boss Robins told reporters that his main objective was another year of progress in the Championship, having lifted the club from the depths of League Two following his arrival in 2017.

But things haven’t quite gone to plan with his side following up their opening day draw at Sunderland with defeats to Millwall, Hull, Preston and Norwich. 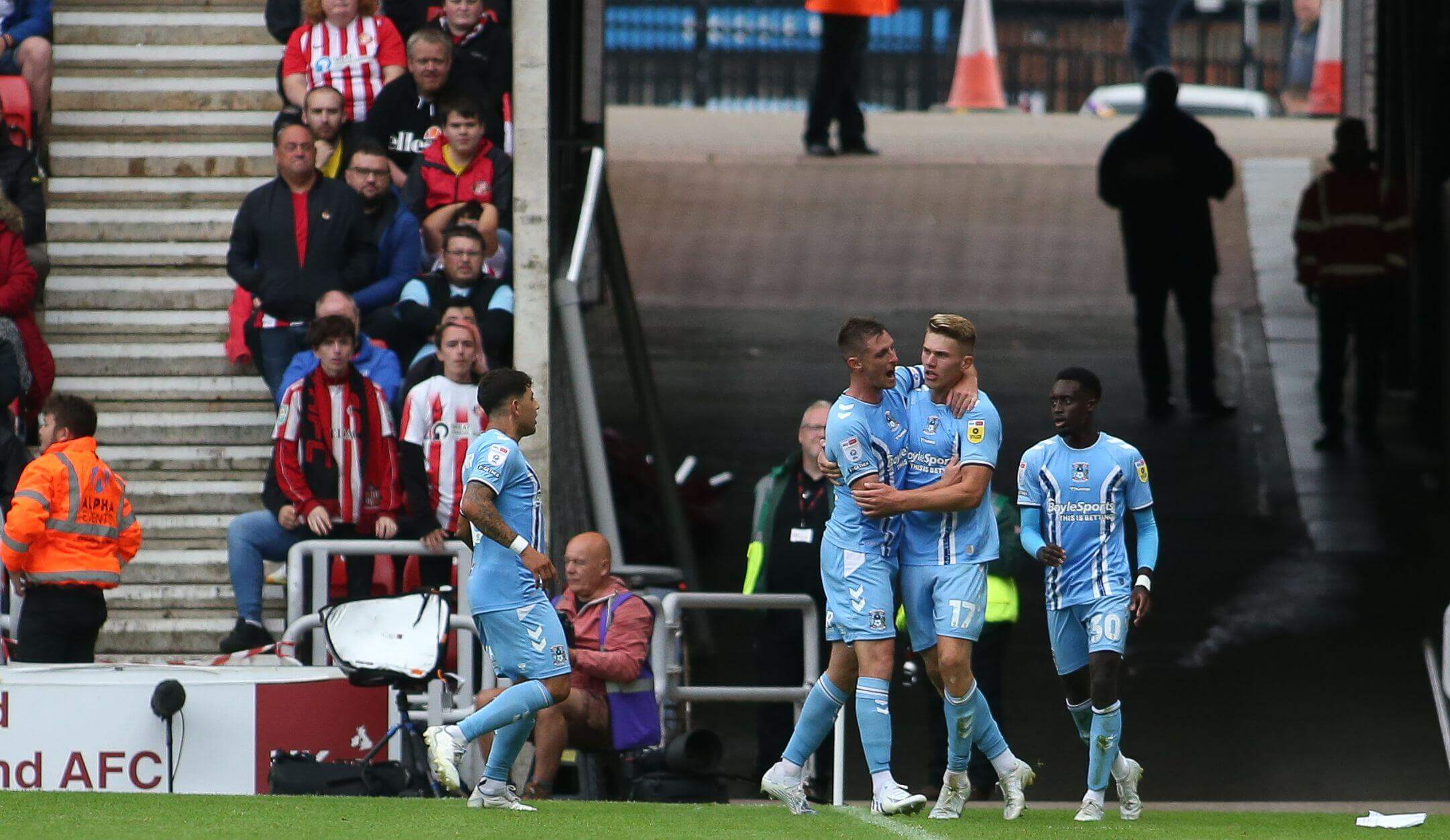 City now find themselves seven points behind Cardiff City in 21st place; a far cry from last autumn when the club sat pretty at the opposite end of the table and were eyeing a Premier League return.

“We’re playing catch-up because of the pitch fiasco and we can’t lose focus because each game that goes without a win, we’ll be getting further and further away, so we need to start picking up points here and now.”

Coventry made just one permanent transfer in the summer transfer window – Kasey Palmer from Bristol City for an undisclosed fee – but perhaps the biggest blow to the club was losing long-serving defender Dominic Hyam.

The 26-year-old completed a permanent transfer to league rivals Blackburn Rovers in a transfer believed to be around £1,800,000.

So is there concern at the lack of transfer activity ahead of what could be a long winter for the club as resources become stretched as the Championship season progresses?

“One of the biggest disappointments of the summer has been our recruitment,” reveals Ross. 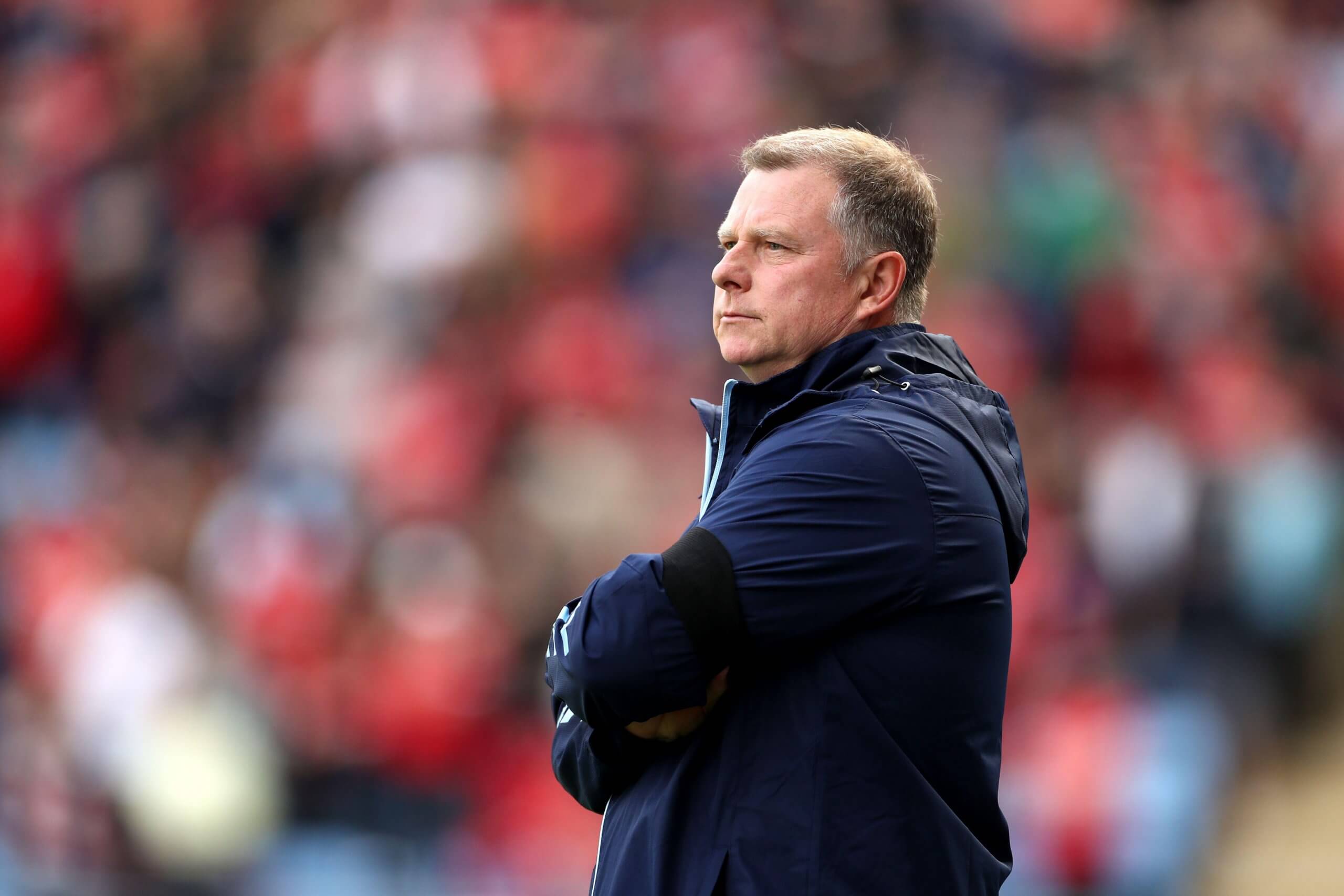 “We’ve kept three top quality players in Viktor Gyokeres, Callum O’Hare and Gustavo Hamer, so that’s been good, but were told all through the summer that we don’t need to sell our players but add quality.

“So we hoped that at least we would be able to replace the players that we had on loan last year and we all knew we needed another number 10 to compete with Callum O’Hare, another midfielder and another centre back.

“Unfortunately, that hasn’t really happened and we’ve got too many players this year who won’t be here in 12 months’ time.

“Losing Hyam, our best defender, who we have sold to a Championship rival for a pitiful fee so close to the end of the window meant we couldn’t even replace him.

“It just feels that we’re shorter than last year. People were hoping we’d see a lot more activity in terms of incomings so we could push on and achieve what we all hoped we could do.

“We’ve got what we’ve got now until January so we need to make the most of it and have to deal with it.”

With a record number of season ticket sales this term, the feel-good factor after a 12th place finish looked set to continue, but so far those die-hards have barely seen any football for their money. 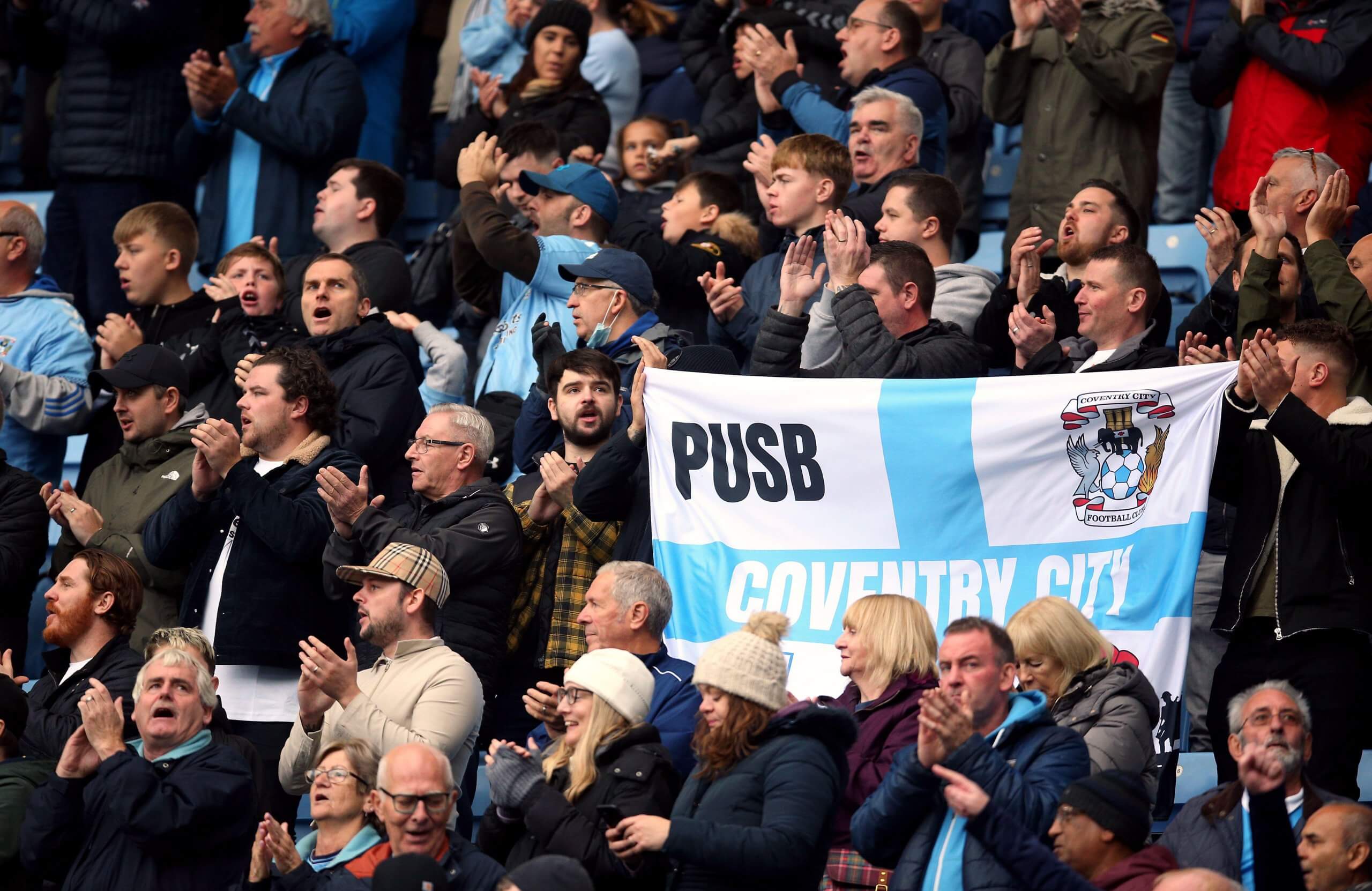 The home fixtures against Millwall, Rotherham and Huddersfield were postponed due to the state of the pitch at the Ricoh Arena with several concerts held at the stadium before it hosted the Commonwealth Games.

Coventry’s relationship with Wasps and the council has been turbulent to say the least and a number of issues out of their control have seen the club play away from the city on two occasions.

The first hiatus saw the Sky Blues feature in Northampton and then the second in Birmingham – the latter of which where they defied the odds to win the League One title.

The ten-year deal signed last summer was meant to secure Coventry’s medium-term future in their own city – but this latest incident is sure to put more pressure on the partnership.

So are the blue skies of last season about to be replaced by dark clouds once again? Or does hope spring eternal for a club that has seen more than its fair share of ups and downs in recent years?

“I think staying in the league would be a successful season, which is a really disappointing thing to say,” says Ross.

“Like everybody else, I was thinking top 10, improving season-on-season, this is what we were told the mantra is an incremental improvement but for me being bottom after five games we are in a relegation battle – this is the reality. 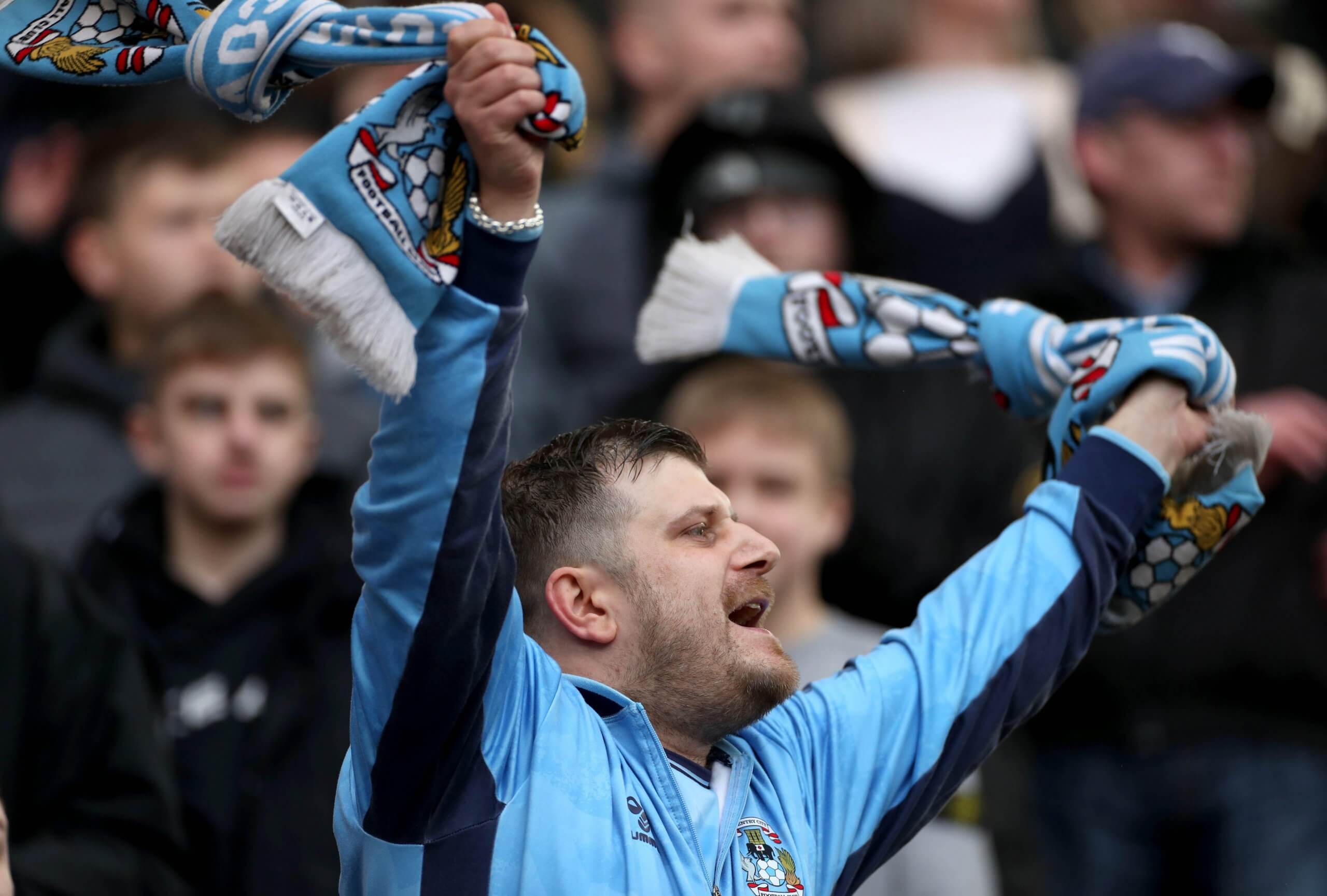 “A successful season would be to consolidate and if we could finish anywhere from 14th to 18th and survive then I think we can look forward to next year with a summer of change.

“It’s disappointing to say that because you don’t want to write off a season.

“I still hope that if we get one or two wins then the confidence will come flooding back and we can be the team we showed in spells last year.

“You have to be an optimist and it’s hard to get away from things like the pitch issues – we’ve thrown away two-goal leads and we’ve had our ‘keeper making uncharacteristic mistakes.

“I don’t think we’re going to hit where I’d hoped we would – which was a top 10 finish – we’ll probably finish bottom half but I think we’re good enough to stay up.

“Last year we never won more than two games in a row and we’re now already in a situation where we need to win two or three in a row to get out of this mess.”