The Imps came agonisingly close to playing Championship football for the first time since 1961 when they suffered play-off final defeat to Blackpool in 2021, and the club failed to reach similar heights in the following season.

This year, Lincoln defeated five of the top eight and possessed a forward in Anthony Scully who was directly involved in 18 league goals, but the LN5 outfit could only muster a 17th-placed finish in the third tier – 12 places below the prior campaign.

In fact, they recorded back-to-back victories just once while their longest league unbeaten streak was a meagre four games.

Tasked with correcting the inconsistency, the incoming Kennedy looks a left-field appointment on paper – the Irishman has only managed Macclesfield Town in a 12-game stint in his only managerial foray back in 2020.

However, Jake Tonge from The Stacey West says the Imps’ new boss arrives with a good reputation from the coaching circuit.

“When Kennedy first rushed to the top of the favourites list I remember wondering who exactly the man was,” he notes. 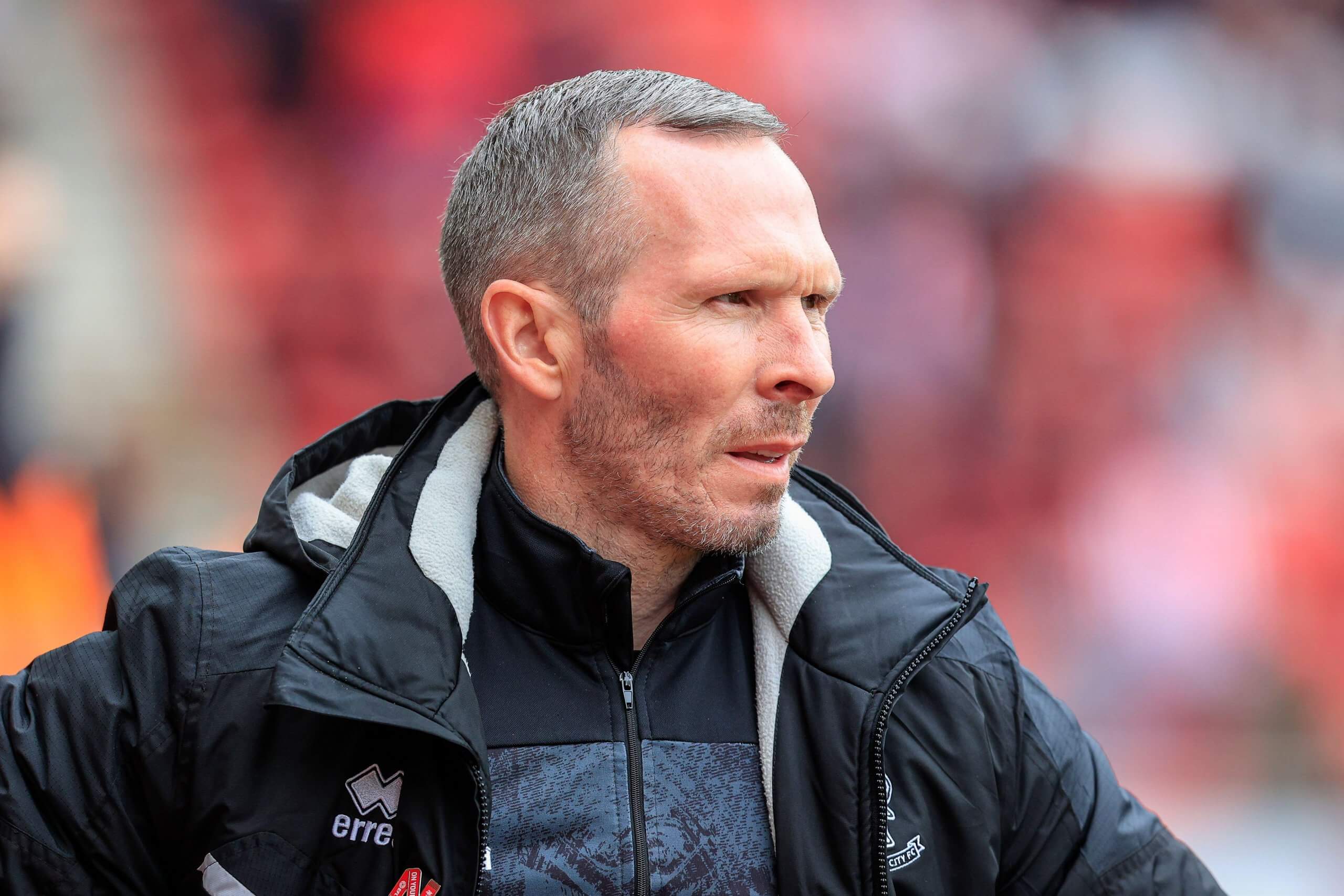 “Once I’d done a little bit of research, I could tell that this was someone who comes from a coaching background; earning his stripes with the academies of Wolves and Man City over the last 10 years or so.

“The feeling amongst the fanbase was that Kennedy might be the underwhelming appointment, but I feel that this assumption was very lazy and not well thought through.

“People were judging him from his time in charge at Macclesfield, and that was during a difficult time for the Silkmen.”

Former Manchester United midfielder Michael Carrick – the Red Devils’ statistically most successful boss this season (2 wins and 1 draw, yes, granted) – had been the bookies’ favourite for the Sincil Bank hot-seat, before Kennedy was eventually appointed.

“He was the one which was circulating amongst reputable sources. I think this allowed the club to work under the radar on the appointment they actually wanted.

“It’s rather evident that the club have faith in Mark by the length of contract offered to him and, from murmurings from Clive Nates, he will be judged based off both on and off field targets.

“It’s not always something you hear directly after an appointment.” 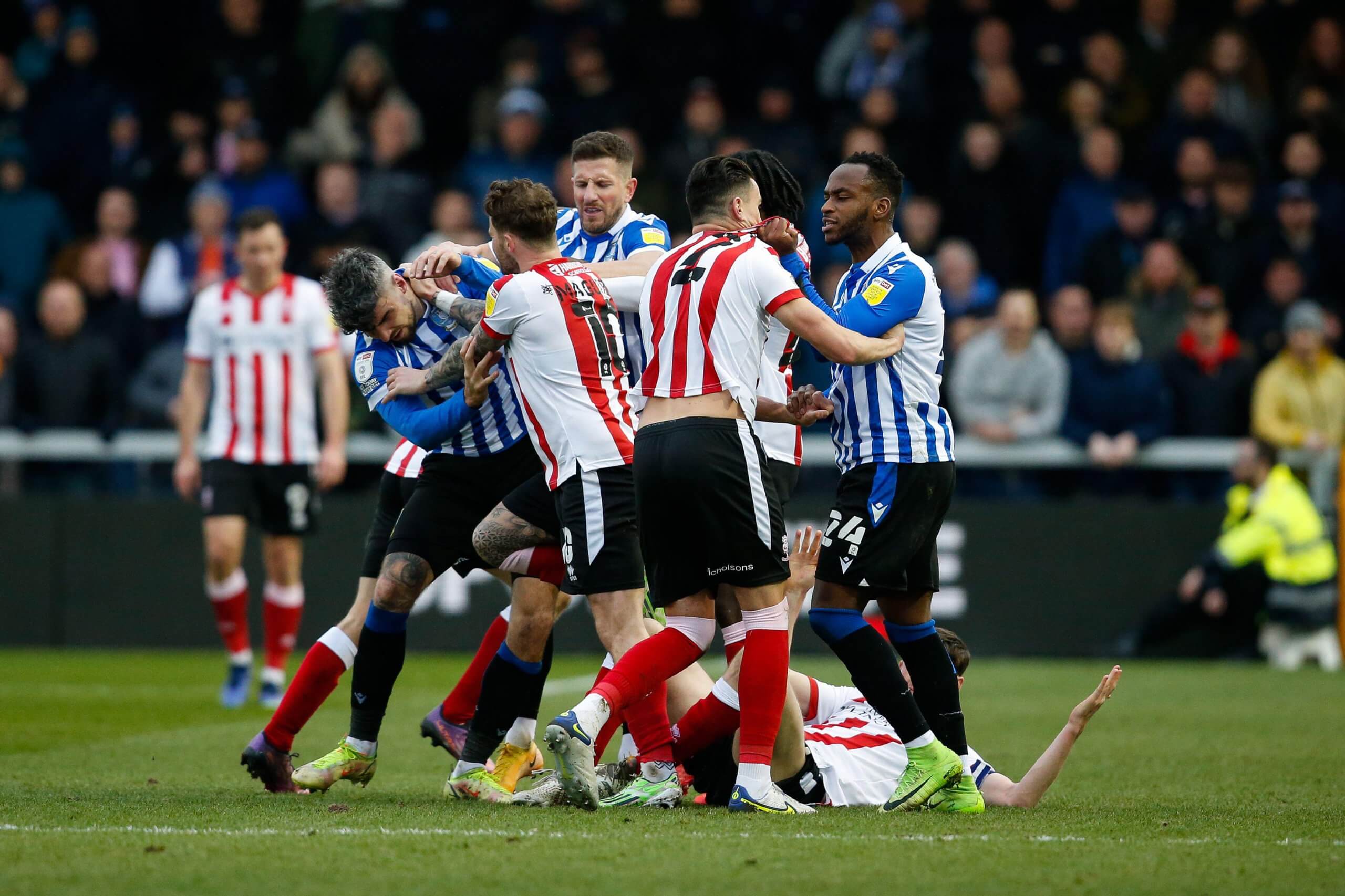 Kennedy has been handed a four-year contract, having managed just 12 games in senior football – some might see that as a risk, but Jake is excited about the appointment.

“I’m certainly intrigued to see how he gets on once he has the opportunity to bring players in, which by the sounds of it, the club are close to doing.

“In his interviews with local media, he has come across really well with what he’s saying. Perhaps it’s a fit that suits both club and Head Coach, which can end in success.

“You can see why he was the leading candidate from his coaching background and eagerness to get on the grass and get started.”

Kennedy has big shoes to fill: Danny Cowley achieved two titles and an EFL Trophy in three full seasons at Lincoln, while Michael Appleton delivered the club’s highest finish in 39 years in 2020-21.

“He strikes me as a bit in the middle of a Danny Cowley and Michael Appleton. One of his first tasks is to build a connection with the fanbase, which many thought the previous manager had not done.

“There was never an issue with the philosophy of Michael with me. I enjoyed the changes he had implemented; the new playing surface, buying from academies and developing our own crop of youngsters.

“He massively brought the club on during his tenure. The issue that came a cropper for Appleton was the pure fact that he wasn’t Danny Cowley. 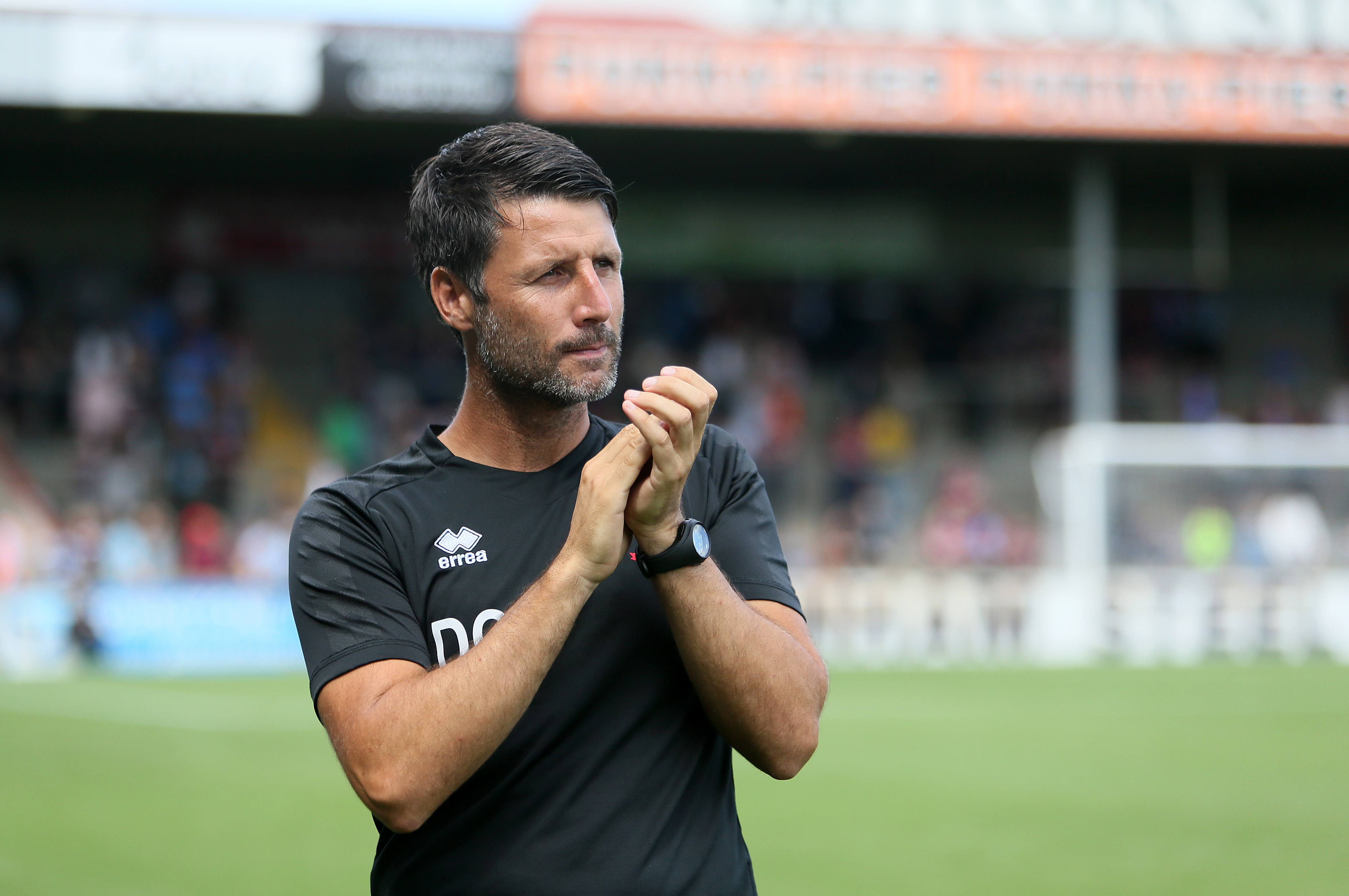 “He wasn’t the ‘Sweet Caroline’, fist-pumping kind of manager like we had previously. This meant half the Imps faithful never truly got behind him.

“But now a few days into the reign of Kennedy, the fanbase are slowly wondering if he can continue the huge strides made by the club in recent years.”

Lincoln may need to make even bigger strides in order to challenge for promotion: seven of the 24 clubs in 2022-23 League One have played in the Premier League this century.

“I certainly feel the quality of L1 is getting greater and greater as the years go on. There are more huge football clubs finding themselves down here with the aspirations of getting back into the Championship.

“The removal of a wage cap and having the supporters back in the stadiums has certainly given the bigger clubs an advantage in the market, allowing them to flex their financial muscles and blow smaller clubs out the water when it comes to player packages.

“But some clubs have more money than sense. They can throw money at players and then completely remove a player’s motivation once they have been given that big contract.

“This allows teams with a slightly smaller budget the opportunity to shop in other markets and recruit smarter. 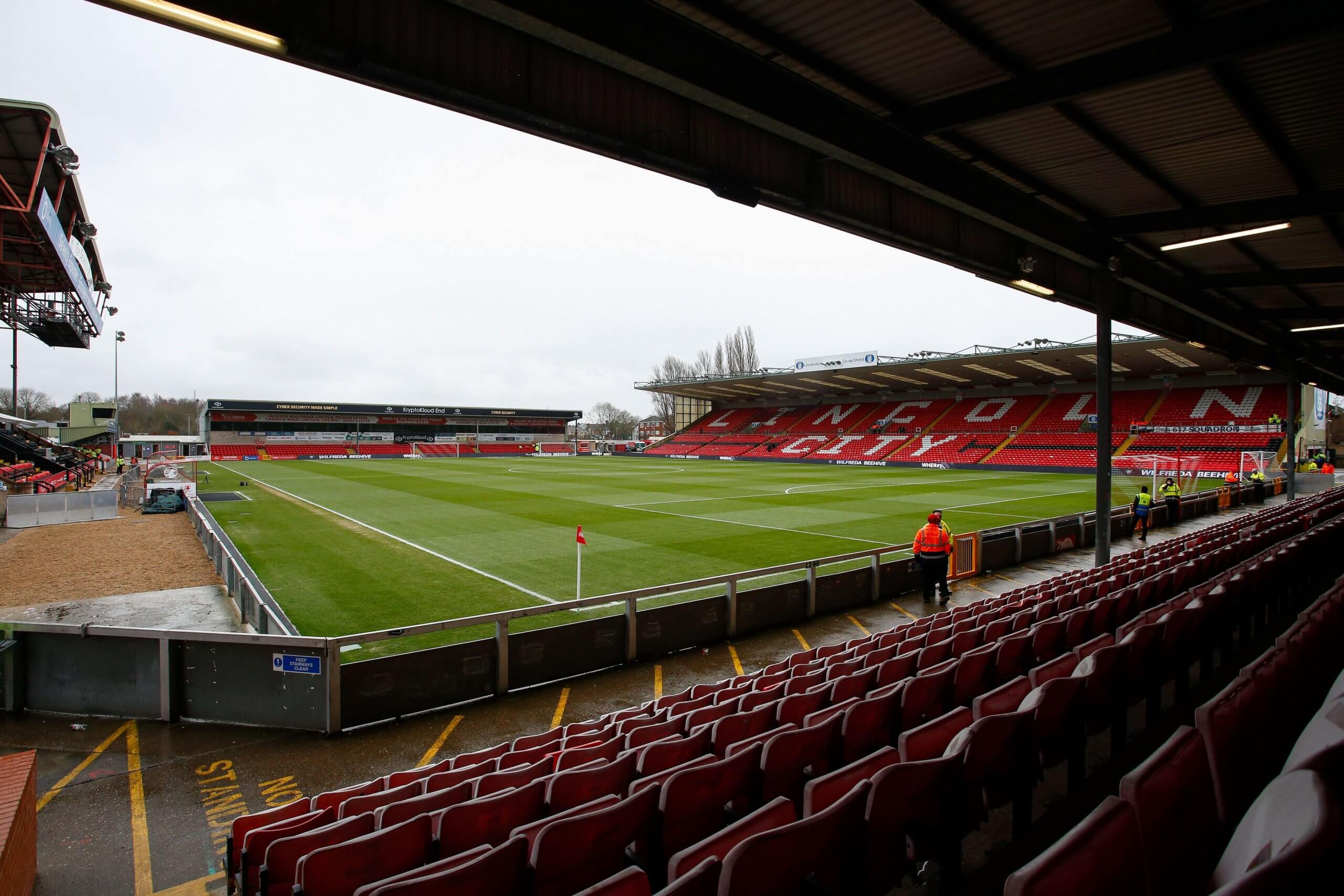 “The introduction of statistics in football allow scouts to scan all levels of the games in all countries to find these gems. You just have to try and find a market that these bigger clubs haven’t tapped into yet.

“For example, Lewis Montsma came as a result of Lincoln tapping into the Dutch second tier, with almost no EFL competition for his signature.

“It’s always possible that an underdog can challenge in this level, and ultimately that is what makes it so competitive.”

Jake has faith in the Imps in their efforts to be competitive through those avenues.

“I think this season has shown that unknown managers who are closely aligned with a club’s beliefs can be just as good as the tried and tested names that you see linked to every job.

“Liam Manning is the prime example in L1 this season and has come out the blue to make MK serious challengers for promotion, playing football not too dissimilar to his predecessor Russell Martin.

“It’s a route that the club have followed for the last couple of appointments but it excites me that we’re not going for someone who’s been there and done it.

“I think Mark Kennedy isn’t on the radar for everyone and sometimes by giving a manager like him the opportunity, you can bring your club to the next level, which for Lincoln would be a return to the upper echelons of League One.”