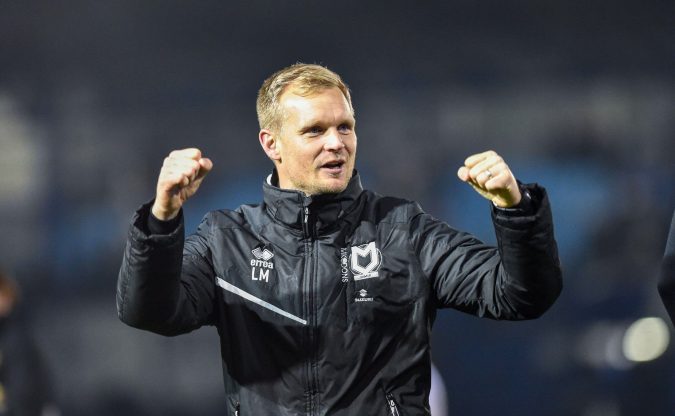 MK Dons are on the quest for a return to the Championship for the first time since 2016, and it would take a bold figure to argue against their promotion credentials this season.

Liam Manning’s side are sitting pretty in third and look well-placed to sew up a top six berth, as well as being on paper best-placed to profit from any slip-ups from the current top two, Wigan and Rotherham.

Saturday’s 0-0 draw at home to in-form Ipswich cemented the Dons’ place in promotion contention, with only one loss in their last 11 fixtures dating back to Boxing Day.

A good season so far, then? “Nothing short of fantastic”, says Joe from MK1 Podcast. 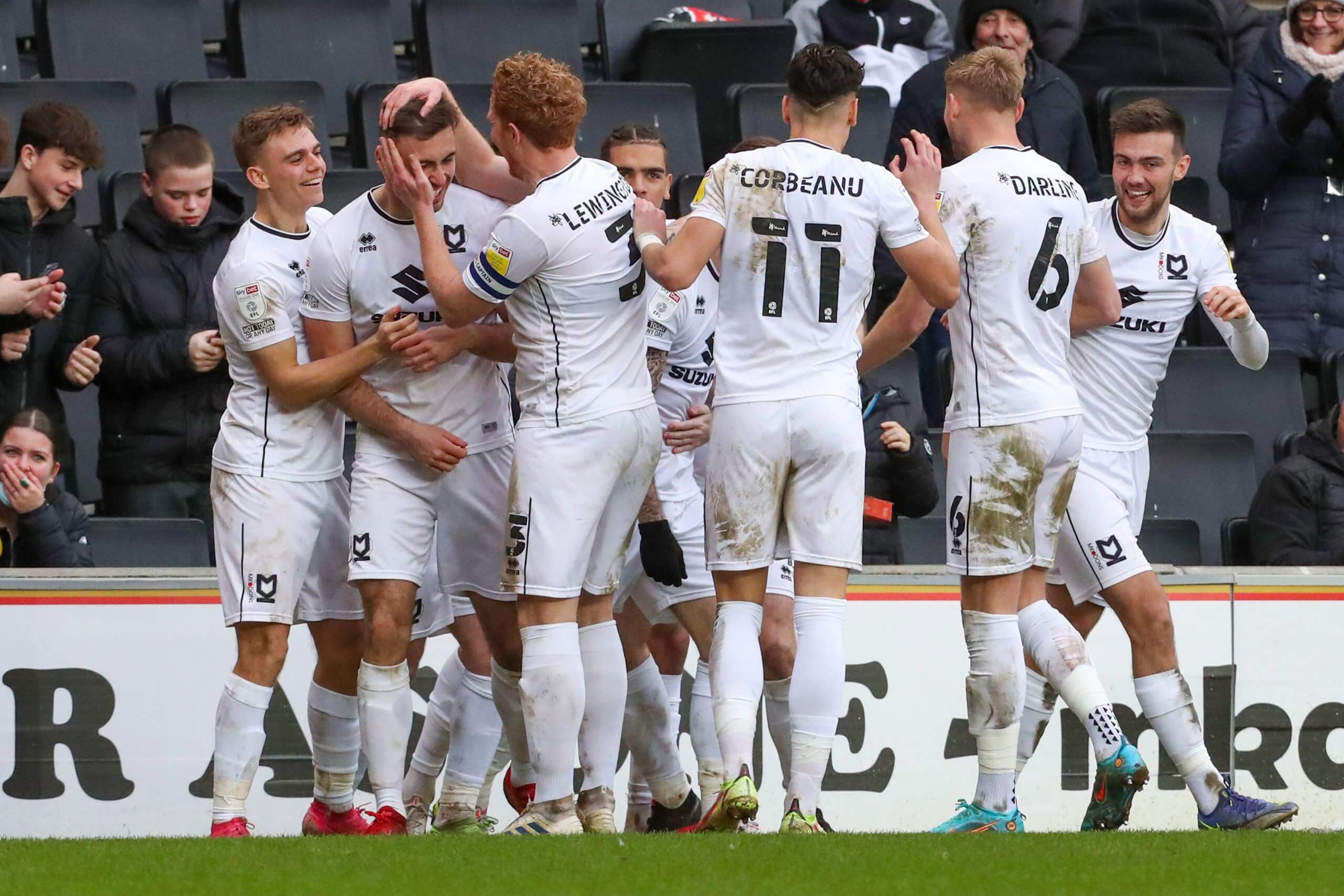 “We have had moments where we have been free flowing and battering teams but also, we have ground out some huge wins away against the likes of Wycombe and Wigan, showing a different side to the MK Dons of recent years.

“Given a lot of squad churn in January, it is remarkable we are still performing at such a high level.”

The sense of upheaval was not confined to the winter window, either.

In late-July, Russell Martin assured supporters that he would stay on as MK Dons manager, only to promptly up sticks to Championship side Swansea with just a week until the league curtain-raiser at Bolton.

Skipper Dean Lewington took interim charge of the 3-3 draw to open the campaign before Liam Manning, previously a director at New York City FC and head coach of Belgian First Division B club Lommel SK, was appointed the following week.

And despite having no pre-season to prepare his new troops or any prior EFL experience, the 36-year-old has since proved a revelation at Stadium MK. 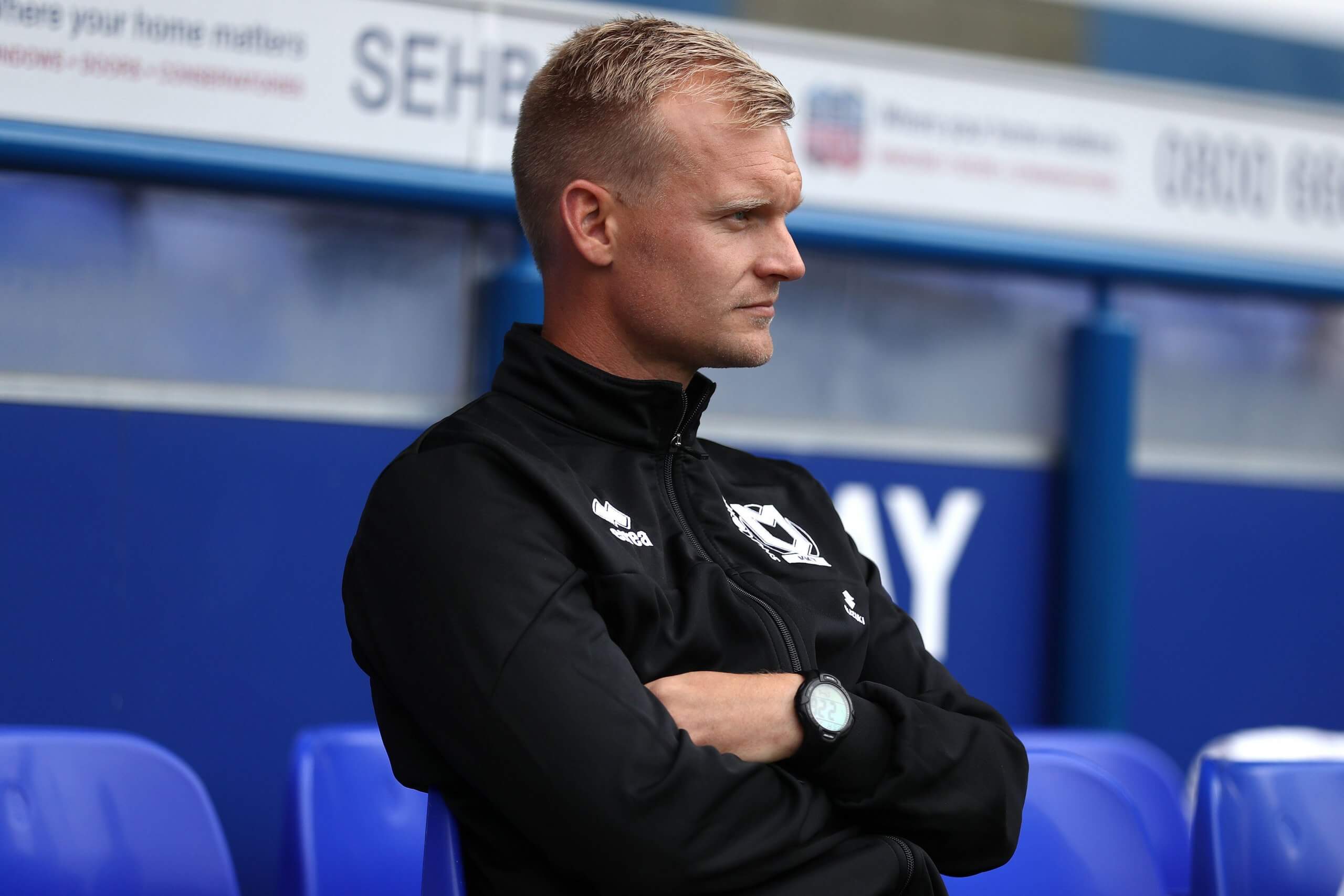 “He has done brilliantly. It can’t be forgotten, the foundations that Russ Martin put in place, but I think one of Manning’s biggest strengths is his ability to change things gradually, because we are now starting to see more of a Liam Manning team.

“Martin was very extreme in his beliefs and how he wanted to play: live by the sword, die by the sword. We are now not afraid to play the odd channel ball, or to clear it under pressure.

“When we lose the ball, we do not concede as many chances in transition. Again, this has been a gradual improvement through the season. We still look to play good football and often do; however, I think we have a more varied threat than before.

“Whereas Martin loved technicians who can pass the ball, we now have seen the likes of Theo Corbeanu and Dan Kemp come in, who are much more about dribbling and driving runs.”

Since Boxing Day, no side has won more points in League One than the Dons with six wins, four draws and only one loss lifting Manning’s side to within five points of the automatic promotion spots.

“MK have been very solid in that period too, with five clean sheets. We have not been prolific, but we have ground out some huge wins.

“The only frustrating thing in this run was that the defeat was to bottom of the table Doncaster, who have done the double over us unbelievably. 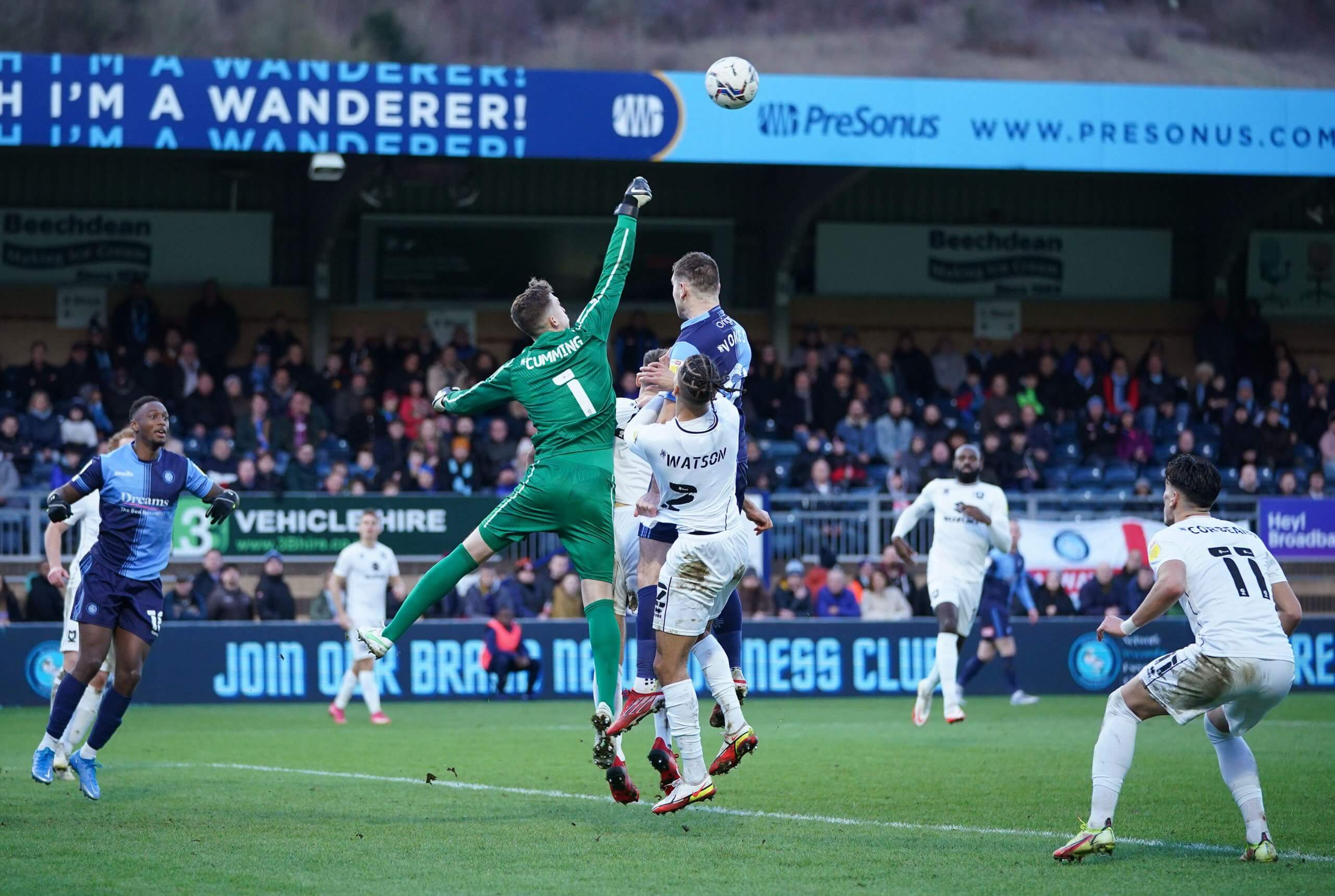 “I just hope this is not to the detriment of our attacking play. Matt O’Riley has been a huge part of our season so far and losing him was a huge blow – but what a great opportunity for him at Celtic!”

O’Riley’s exit may catalyse the stylistic evolution Joe has referenced, with the introduction of Wolves loanee Corbeanu meaning the new formation can resemble a 3-4-3 with the attacking trio spread out, as opposed to a 3-4-2-1 and a “box” midfield quartet which was last season’s go-to option under Martin.

The alteration means much is demanded from the two midfielders, Josh McEachran and Conor Coventry in the case of the goalless draw with Ipswich.

As we saw against Town, whenever one of the duo pushes forward in support of the press and the defensive trio does not follow up, the other midfielder can become isolated and strong opponents may exploit that, which is a potential issue that Manning must navigate. 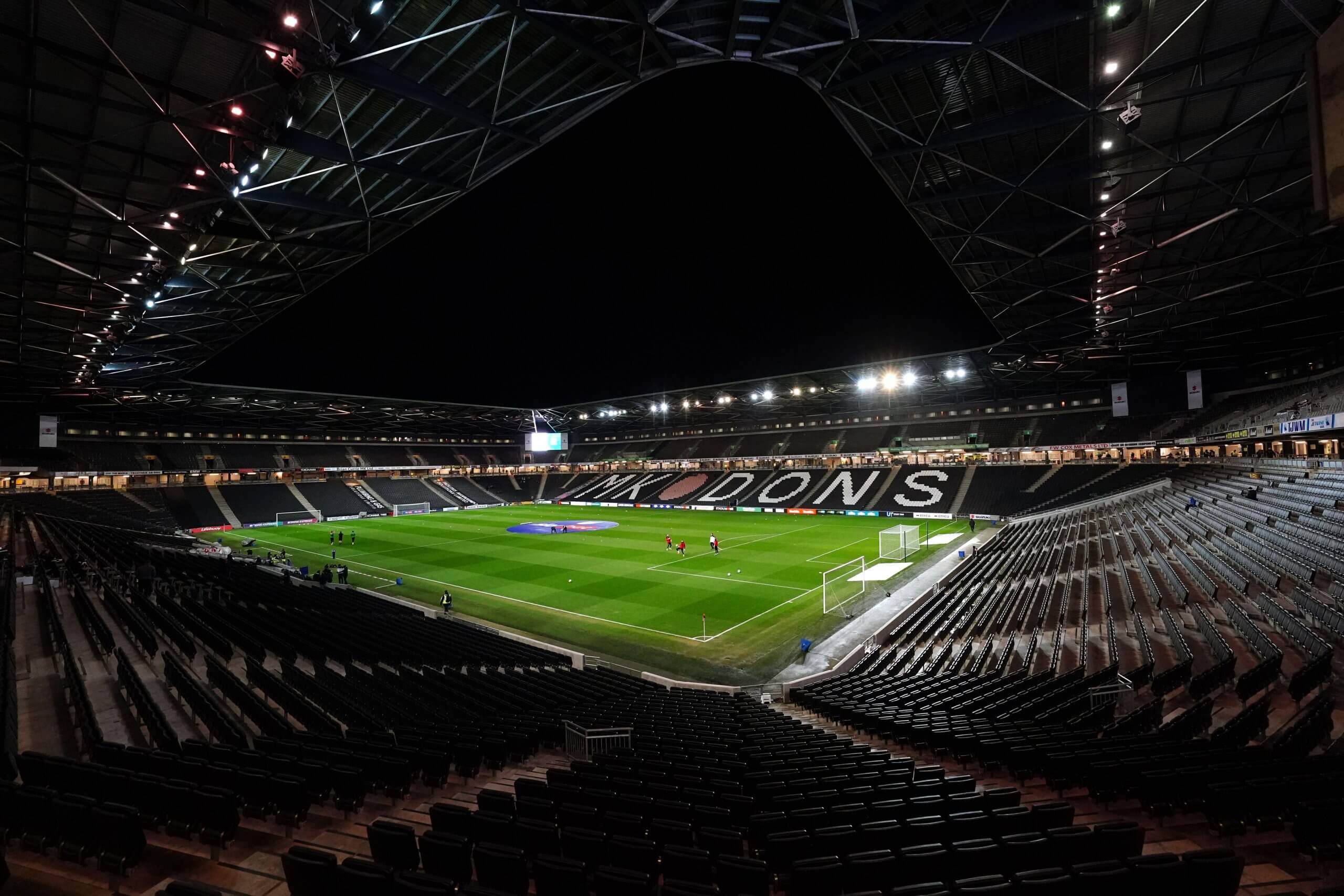 “Working out how to effectively attack and be more free flowing without O’Riley will be important. I think with many new players coming in during January, this will take time, but I am sure we will get there.

“Automatic promotion is a pipe dream. Wigan are ahead and have three games in hand, along with probably the most balanced squad in the division.

“For me, Rotherham probably have the best starting XI and have been the stand-out team in the league. Those two are miles ahead.

“I think we have a very strong shot at play offs. If I had to call it now it would be MK Dons, Sheffield Wednesday, Oxford and Sunderland, in no particular order.”

Benefitting from the expansive philosophy imprinted by Martin combined with the pragmatic tweaks from Manning, MK look ready to challenge for Championship football.

The standard league campaign ends in April, but don’t be surprised to see the Dons extend their season into May.