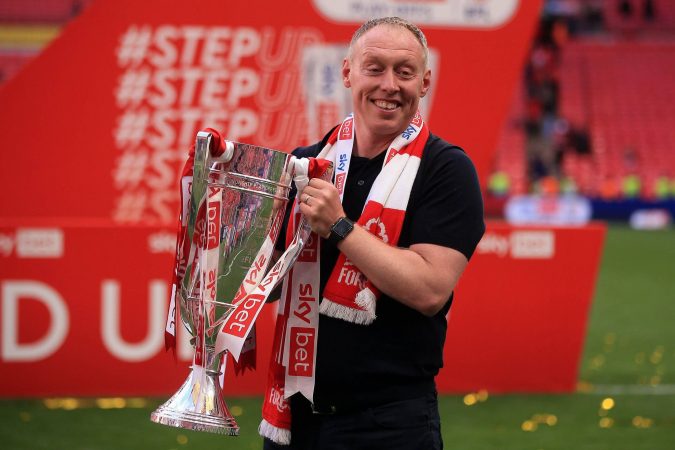 Last September, Nottingham Forest were rooted to the bottom of the Championship having endured the club’s worst start to the season in more than a century.

Fast-forward nine months and the Reds are now making plans for life in the Premier League for the first time since 1998/99 – an era when the likes of Boyzone and the Backstreet Boys were topping the charts!

If you’d have told even the most optimistic of Forest fans that the club would go on such a monumental rise after Chris Hughton’s departure, they would have laughed in your face.

However, when the going gets tough…

After six losses in their first seven league games under Steve Cooper’s predecessor, Forest then went on to lose only six of the 38 fixtures under the ex-Swansea City boss.

No wonder, then, that there’s so much for the club’s long-suffering supporters to take in on the eve of one of the most anticipated campaigns many supporters can remember.

“We’ve been away so long, a lot has changed,” Forest Fanbase tells FansBet. 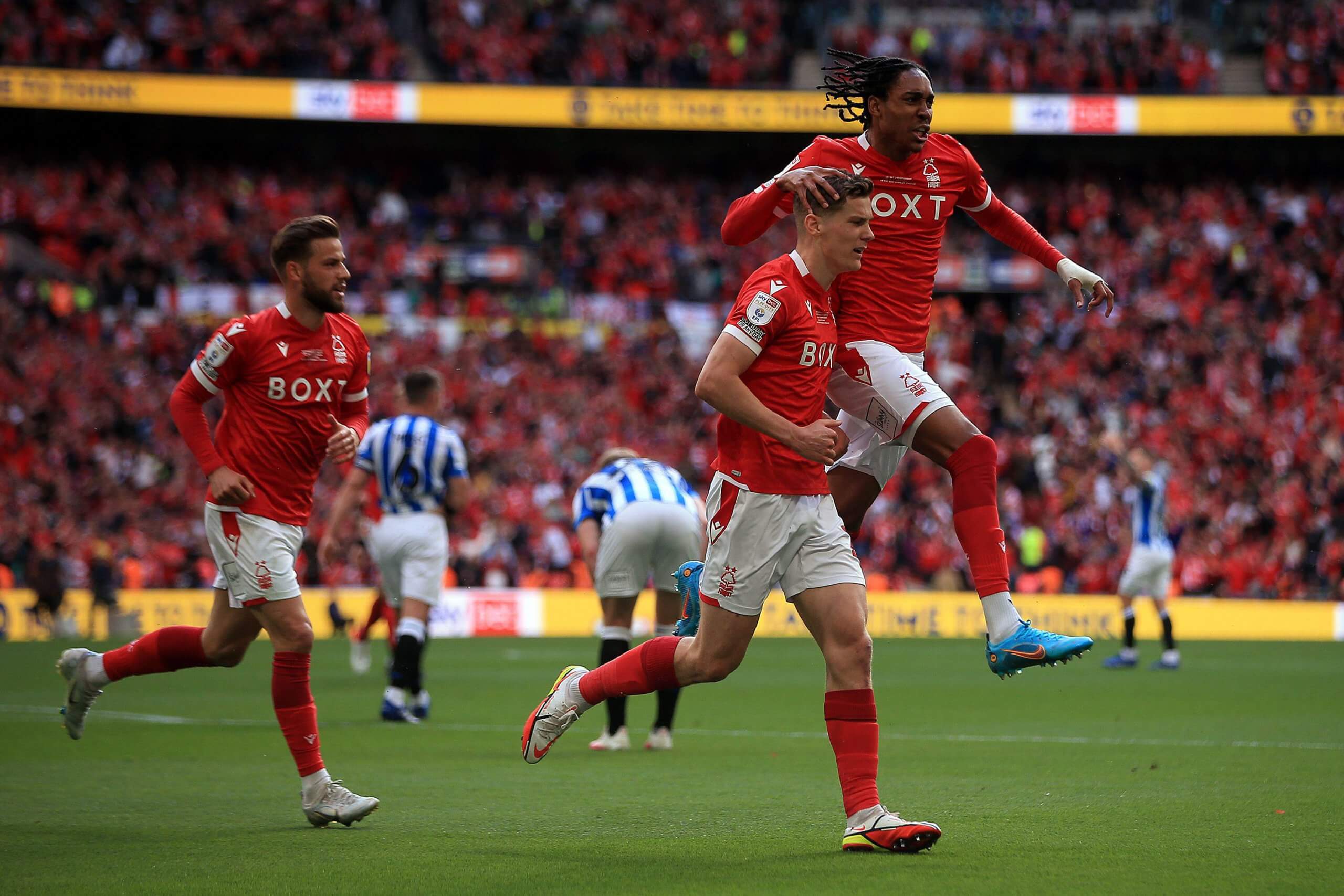 “Forest really haven’t been involved in what the Premier League has become; VAR, a truly global league, big money and some of the biggest clubs and players in the World.

“It will probably be a bigger culture shock than we expect having played much more traditional football for so long now.

“We are also remembering that we really are one of the big clubs and this is the league we should be playing in – we know we’ve been away far too long, but I think football as a whole is happy to welcome us back.”

When Chris Hughton departed the City Ground in September, Forest had endured the worst start to a campaign in over 100 years, picking up a solitary point from their opening seven games.

After four successive league defeats from their four opening games and having scored just three goals, they found themselves bottom of the Championship with just one point and a goal difference of minus seven.

As a result, the task that faced the incoming Steve Cooper was huge, despite him twice leading Swansea City to the play-offs in his two seasons in charge and taking England’s under-17 team to World Cup glory.

But his impact was almost immediate as Forest registered 18 points from his first nine games in charge and went from playing catch-up in September to chasing down a top-six spot – in one of the most incredible turnarounds in Championship history. 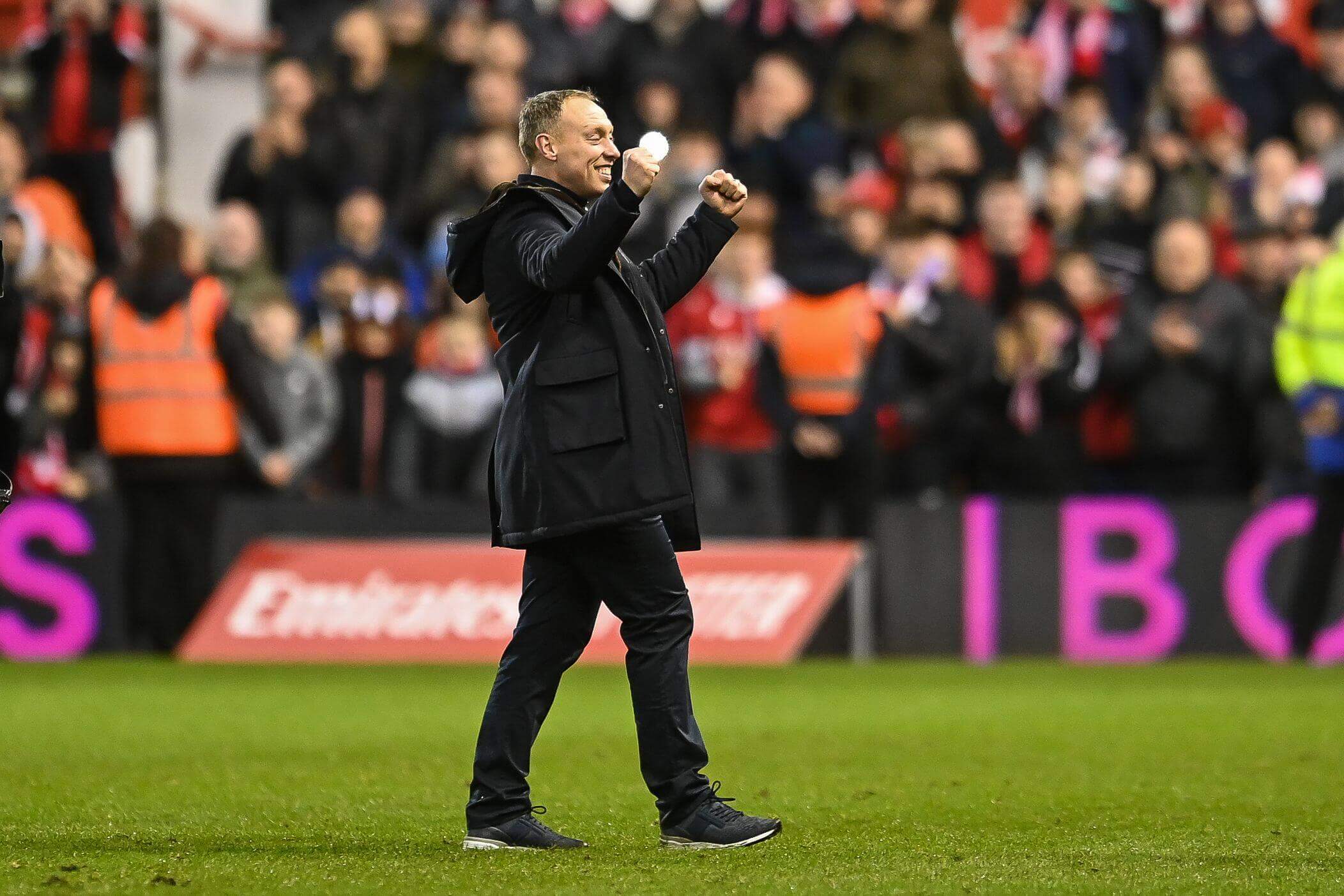 “The season followed a perfect script. It was pure Hollywood.

“You had the pantomime villain of Chris Hughton to give us our worst start in over 100 years, blaming the players to cover his own all-too-obvious inadequacies.

“The instant rebirth at Huddersfield, the arrival of the Messiah, followed by a rocky road back to safety and then towards the top of the league.

“Injuries, a great Cup run, some astute signings, the revival of old warhorses previously written off like Grabban and Colback, the transformation in Ryan Yates, contributions of loan signings and the emergence of Brennan Johnson as the hottest young player in the country all building momentum.

“The tank almost running dry at the end of the season with the disappointment of the failure to grab second place at Bournemouth then the drama of the playoffs.

“The epic seesaw play-off semi with The Blades decided by the often derided Brice Samba in superhero style whilst his teammates were on their last legs.

“Then the first trip to the new Wembley, which was a brilliant day out, an awful match but the perfect result against the team we were reborn against.

“It had everything, every player in the squad played their part. Hard work, talent and finally belief combined to achieve the impossible.” 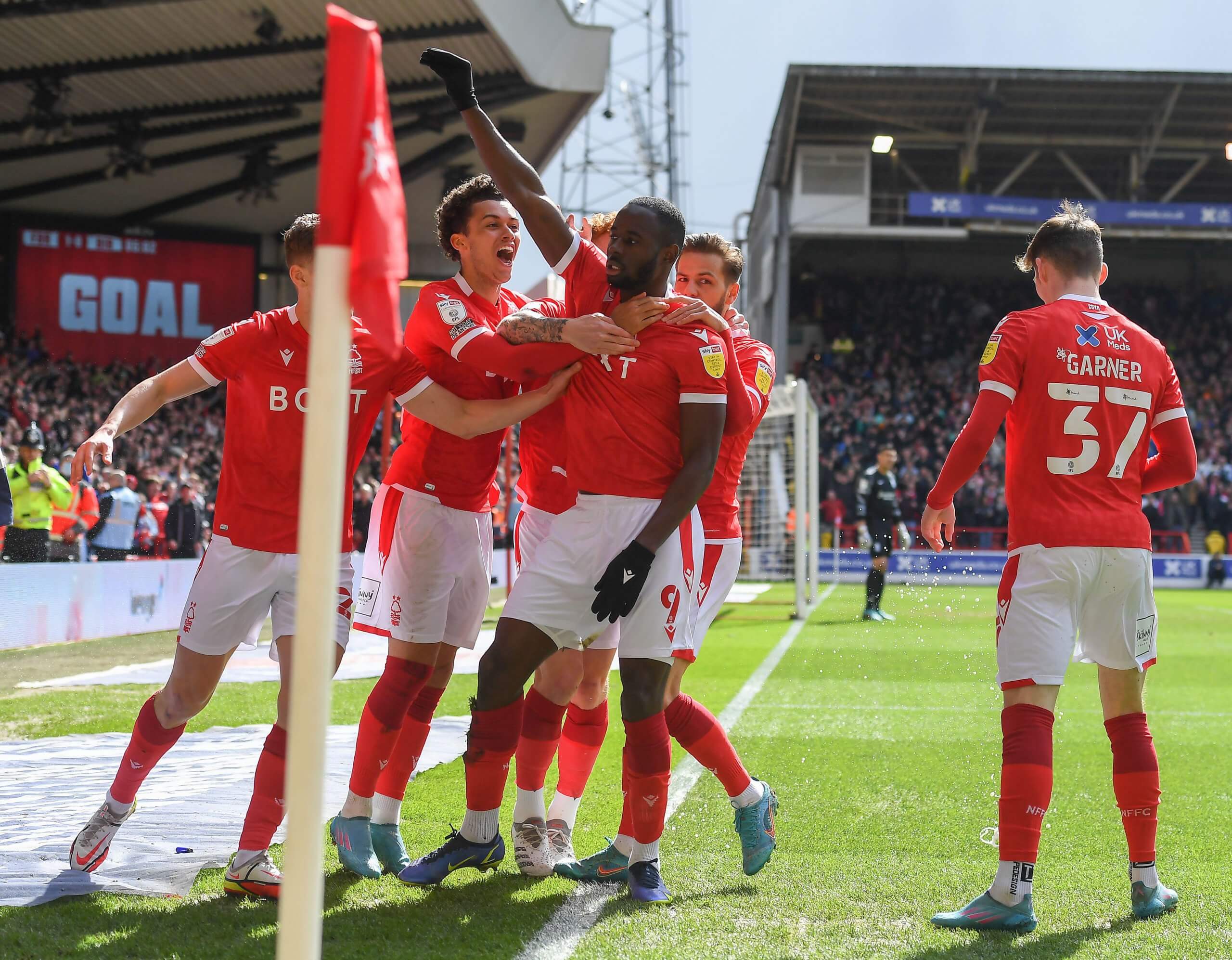 So how much credit does the incoming boss deserve for Forest’s transformation?

“There aren’t words to describe the job Steve Cooper has done. He seems to have done everything right.

“He’s also done it the right way. He obviously loves his job and the club and has shown great respect to everything and everyone at Forest and I think that is the fundamental thing.

“He’s come in to take an incredible opportunity, not solve a problem.

“He’s told the players what they can do and they’ve exceeded that thanks to his belief while reminding the fans just what a special club this is and, win, lose or draw, we should be proud of what we have done and are doing today.”

Forest eventually secured their place back in the big time after an astonishing run of form saw them secure a play-off place having, at one time, looked like candidates for an automatic place.

But it was a victory over Huddersfield at Wembley which meant that the two-time European Cup winners would be playing in the Premier League for the first time in 23 years.

Despite securing a historic return to the top flight, Steve Cooper has been keen to ensure that club does not rest on its laurels. 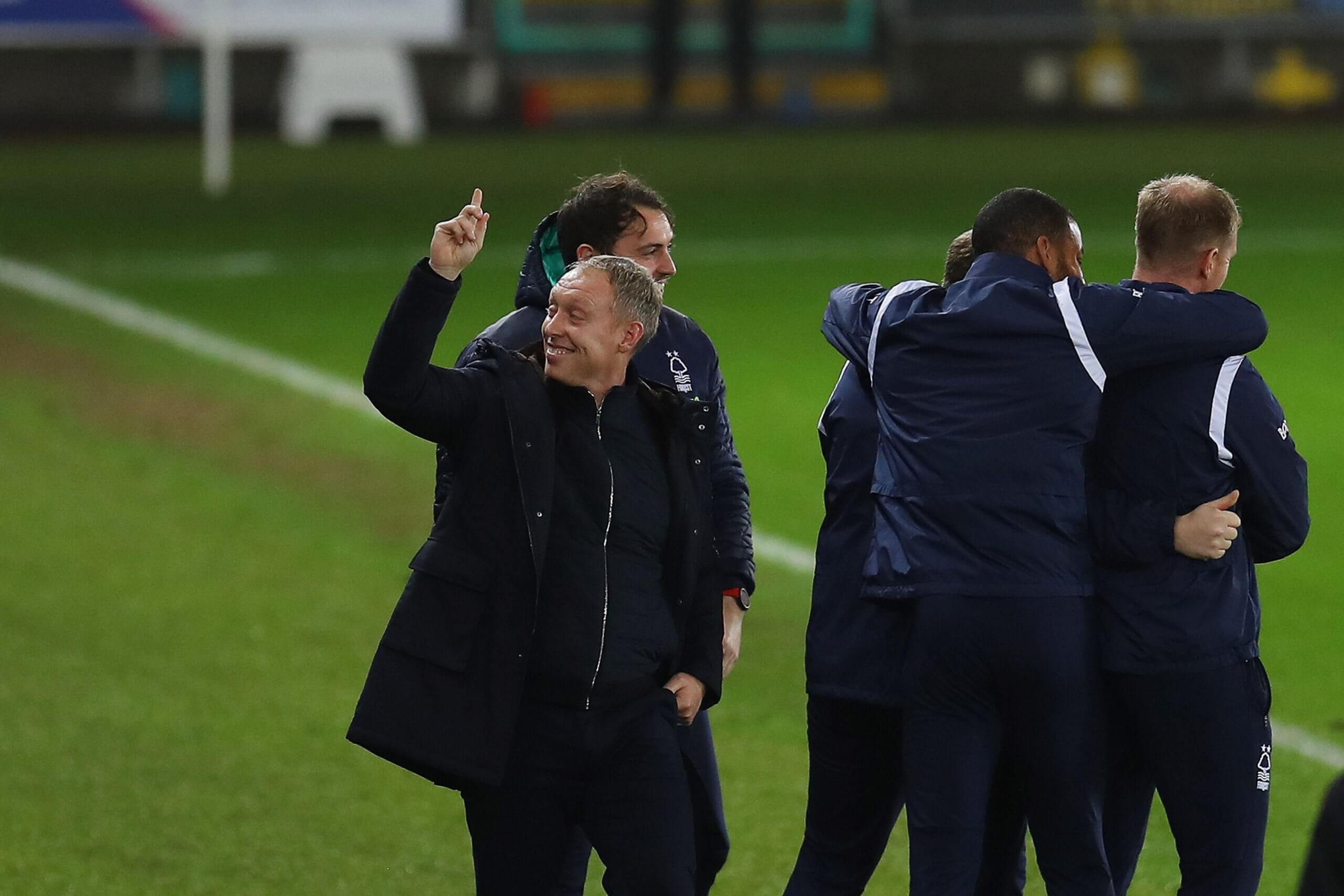 The Reds have been busy in the transfer market, bringing in eight additions so far and, coupled with a number of departures, it has meant a significant overhaul of the dressing room.

Neco Williams, Omar Richards, Wayne Hennessey and Brandon Aguilera have put pen to paper in recent days and prior to their arrivals, record signing Taiwo Awoniyi, Dean Henderson, Giulian Biancone and Moussa Niakhate were also added to the ranks.

“The signings so far all seem very ambitious but considered; young players, proven to some extent in top leagues who are likely to improve. All seem to be exciting prospects that you wouldn’t expect to lose money on, so they seem very astute and ideal in the circumstances.

“Richards and Williams are vital to our attacking threat and seem to fit the bill perfectly. There’s been an unexpected and, in my opinion, unnecessary reshuffling of the goalkeepers with Henderson coming in and Hennessey coming in.

“Biancone and Niakhate have bolstered the defence too and both have looked very good so far. Finally, Awonyi looks an exciting prospect but a lot will rest on his shoulders.

“We’ve got our defence pretty much sorted barring the probable addition of Harry Toffolo, and hopefully we’ll add another striker with Kienan Davis very much on our radar if the price can be kept within reason.

“The main area that still needs attention is the midfield with Lewis O’Brien likely to be the next signing while I would expect maybe two more to arrive.

“We have sent some young prospects out on loan and had a few key contracts signed – most obviously Brennan Johnson, our best piece of business barring an upcoming Cooper extension, but also young talents Dale Taylor and Riley Harbottle.” 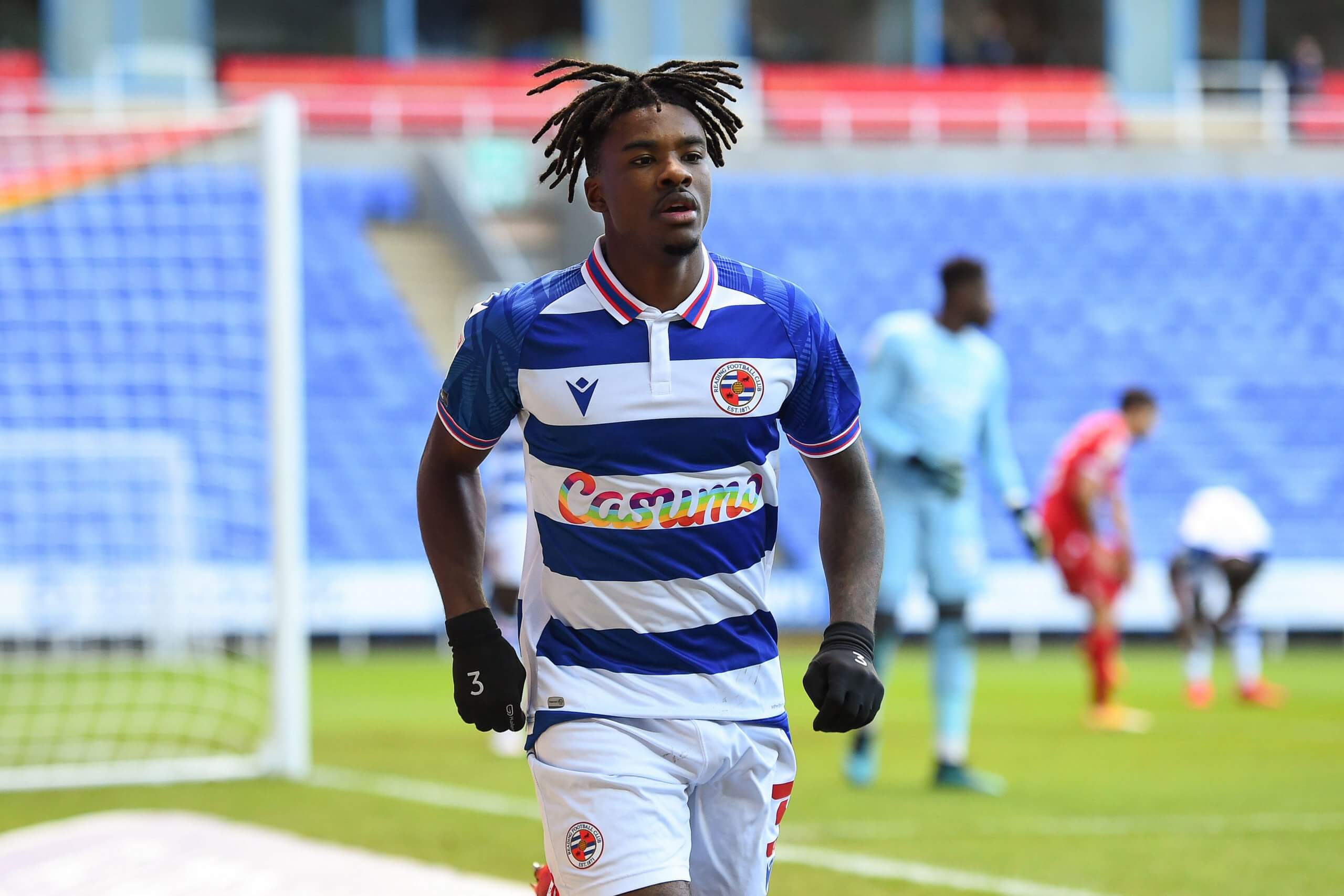 Despite the optimism surrounding the club on the back of their astonishing end to last season, Cooper and the Forest fans will be more than aware of the size of the task that awaits them in the Premier League.

They may have taken the scalps of both Leicester City and Arsenal in last season’s FA Cup run, but top-flight football is a different matter entirely.

And, having spent the best part of a quarter of a century outside the Premier League, the club will be keen to avoid getting carried away and ensure that their return is a permanent one.

So is it a case of daring to dream for the season ahead or more hope than expectation?

“Well, it’s obviously foolhardy to even guess at this point with the team changing so much,” Forest Fanbase adds.

“However, I believe Steve Cooper will put out a competitive team that will give anyone a game and be in the ‘next 10’ category after the top 6 – playing for 7th to 17th effectively.

“I’m pretty confident we’ll avoid relegation and think 12th is attainable though ambitious. Success for the near future is to stay in the league and build a young team that will improve, consolidate and gradually improve our position.

“On the other hand, look what Messrs Clough, Taylor and Clark did. Who’s to say Cooper can’t follow in their footsteps and achieve the impossible? Always expect the unexpected.”