Every football club has a bogey team. One team that, for whatever reason, they always seem to struggle against.

While many would assume that titans such as Manchester City would be immune from such a curse, think again. For the past four years, at the height of City’s success under Pep Guardiola, they have consistently struggled to get results against none other than Tottenham Hotspur.

But why does one of the biggest clubs in the world, with a budget of billions, arguably the best Premier League squad ever assembled and with one of the most successful managers at the helm, struggle to beat a side currently languishing in eighth?

Of course, this curse cannot be simply put down to one Tottenham team under one manager who have worked out a formula to defeat the reigning champions.

This is a trend we have seen under Mauricio Pochettino, Jose Mourinho, Nuno Espirito Santo and now Antonio Conte.

So what is Tottenham’s secret and why do more teams not copy their game plan?

The Lilywhites have now done the double over Man City in the Premier League for the 2021/22 season. The Citizens have just three defeats on the board and two of them can be traced to N17.

Over the past five meetings in the Premier League, Tottenham have won four and lost one against Man City. However, I believe we have to go back a little further to discover the route of the curse.

April 9, 2019 – the Champions League quarter-finals. Man City were looking to finally live up to their potential and lift the biggest trophy in Europe, or at the very least, make a final. Drawing Spurs was definitely not met with scepticism from City – an opponent they knew well and were typically good against.

Coming into the first leg, Man City had won three and drawn one from their last four meetings with Tottenham, with an aggregate score of 10-4.

However, with the new Tottenham Hotspur Stadium powering the home crowd, Spurs were able to record a 1-0 victory over Pep Guardiola’s side, despite an injury to Harry Kane.

A penalty save from Hugo Lloris and a well-taken goal from Heung-min Son proved to be enough for Spurs to take an advantage to the Etihad.

And here we saw one of the most infamous Champions League knockout games of all time. While Man City won the match on paper at 4-3, Spurs were undoubtedly the victors as they went through to the semi-finals on away goals.

That last-minute goal from Sterling. Pep running down the touchline. VAR chalking it off. I believe this was the beginning of the Tottenham mental block for Man City. 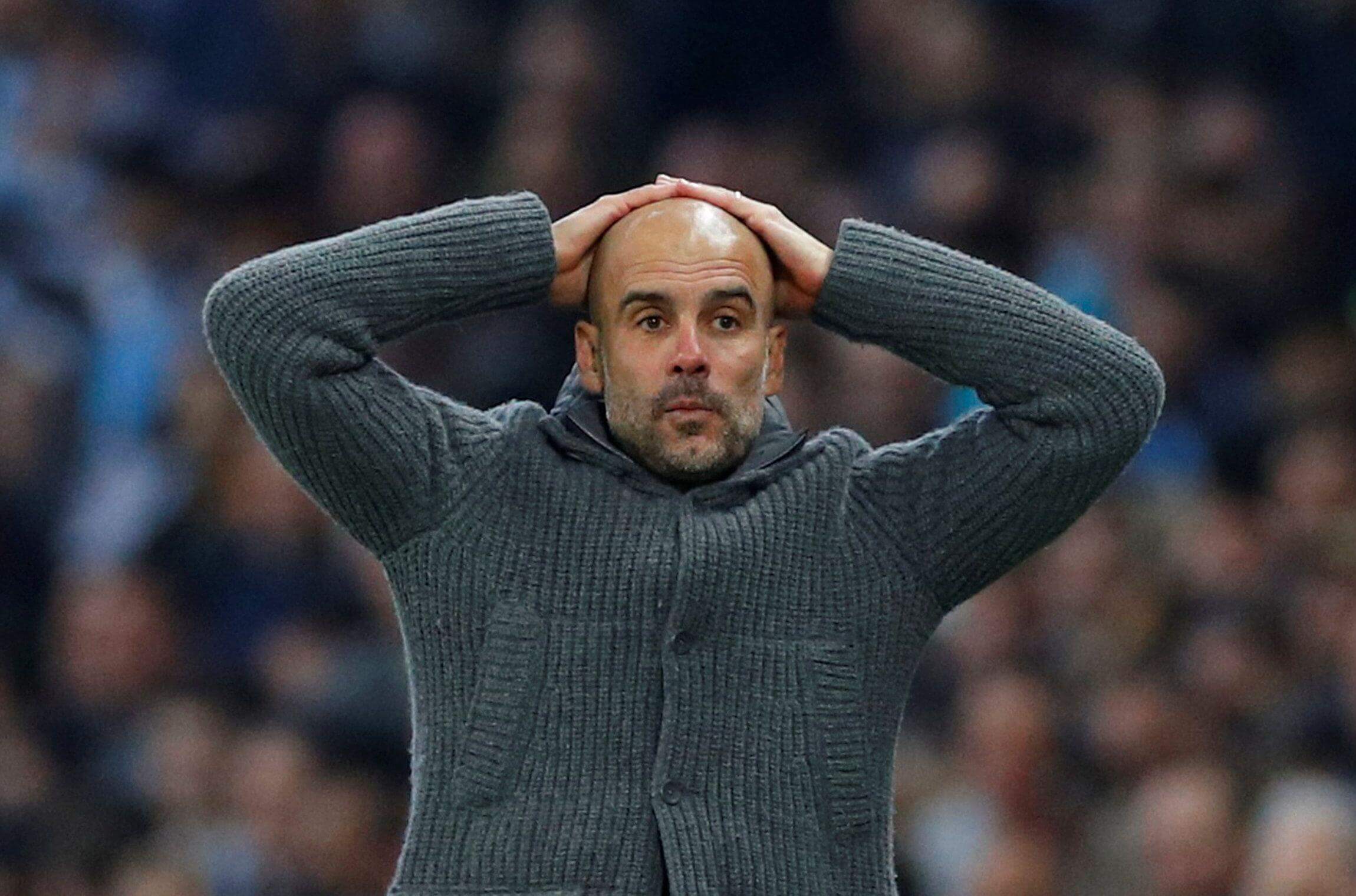 Since that night three years ago, Man City have only beaten Spurs twice in the Premier League, as well as a narrow 1-0 victory in the Carabao Cup Final. Meanwhile, Spurs have earned four wins and a draw, despite punching above their weight.

Most recently, Antonio Conte’s Tottenham hit City with a 3-2 win at the Etihad, courtesy of a Harry Kane masterclass – the very player Pep Guardiola tried to sign just last summer.

I believe there are a few things that lead to such consistent success for Spurs against City in recent years, which also explain why others cannot simply copy the technique.

First and foremost is Man City’s high line. The Citizens love to press up to the halfway line, leaving lots of space in behind in pursuit of suffocating their opponents and winning the ball back high up the pitch.

However, with Spurs having the bulk of their quality in the form of Harry Kane, a player who can pick a pass over the top from anywhere, and Heung-min Son, a willing runner with incredible finishing and 1v1 ability, it never seems to end well for City.

We have seen time and time again, as we did on Saturday, that Kane can pick the ball up, roll his marker, and play pin-point balls over the top to his teammates. He even managed to burst into the box unmarked and volley home the eventual cross this time out.

This game has blown the title race wide open! 😳

Simply put, Man City are not equipped to play against the breakaway and Tottenham are the most consistent side in the Premier League at finding a way to use it.

You only ever get a few opportunities to spring a counter against City, but the consistency and quality of Kane and Son mean Spurs rarely get it wrong.

What strikes me most is the arrogance of Pep and City to not change their game plan.

Any great manager, which Pep certainly is, adjusts their game plan depending on the opponent. Yet they still give Kane time and space in the middle of the park while maintaining a line so high that Son has 50 yards of open space to operate in.

So yes, the idea of Tottenham being Man City’s bogey team is true. However, it is far more than a curse.

A curse implies a sense of luck and good fortune, when really these are hard-earned wins coming from great game plans, incredible quality, and Man City’s inflated ego.

Long may it continue.