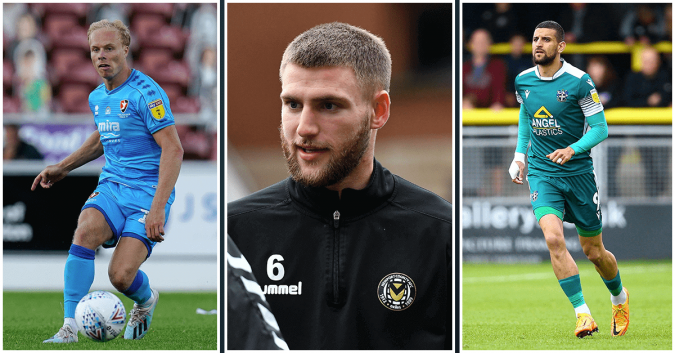 Cheltenham Town are hoping they can continue to stabilise in League One after appointing Wade Elliott as manager, promoting the coach into the number one gig following Michael Duff’s exit for Barnsley.

Under Duff’s guidance, the Robins met or exceeded expectations every season, with the final two campaigns delivering the club’s first ever EFL title followed by their highest ever finish.

It’s hardly surprising, therefore, that the board opted for an internal appointment to minimise the sense of transition, even though the search for Duff’s successor was rigorous and extensive.

As the club prepare to complete their squad for 2022-23, we at FansBet spoke to Ben Nichols from Town account Up The Duff about the new chapter. 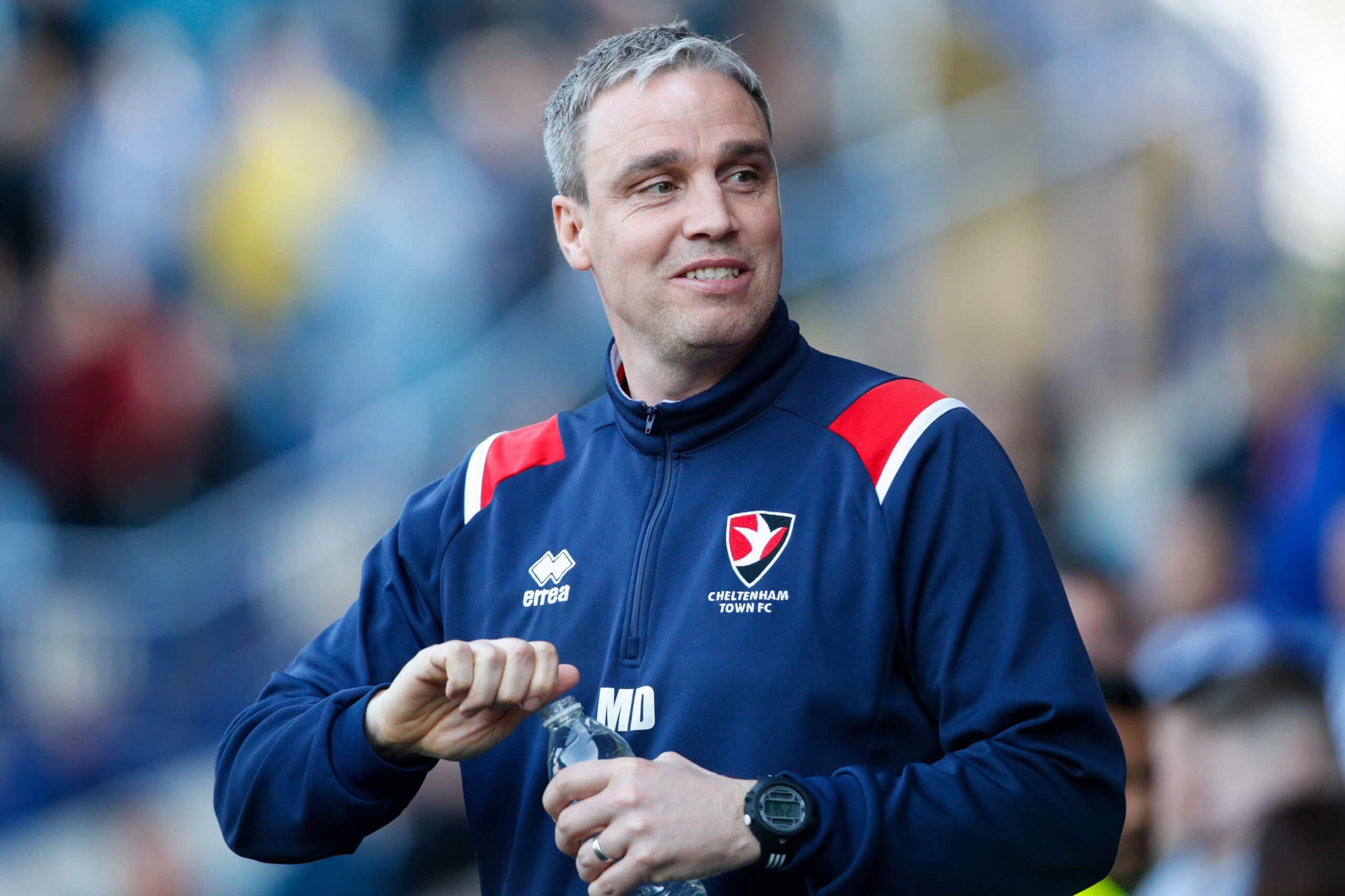 Firstly, how would you assess last season?

“At one point we were three points off the play-offs and there was never really any danger of us entering the dreaded drop zone.

“Even that spell between the wins over Gillingham and Sunderland we were still picking up points through draws and keeping ourselves just far enough above the drop zone that it wasn’t much of a worry.

“You’d have thought that the game that seals our safety would have been dramatic, tense, and historic…but it wasn’t. It was a routine 1-0 win and that was that. So it really can’t be seen as anything but a success.”

Happy with the Wade Elliott appointment?

BN: “We’re all very happy with Wade Elliott’s appointment, not only was he the natural successor to Duff but he is a great person with a lot of time for the fans too.

“Even without a manager, our Director of Football Micky Moore was still making signings that fit Duff-ball and to have Wade come in and continue our style of play, keep that consistency, and know just how to get the best out of our squad, it was the perfect appointment.

“Duff gets a lot of credit for our signings, but that should really go to Moore whose work often goes under the radar.” 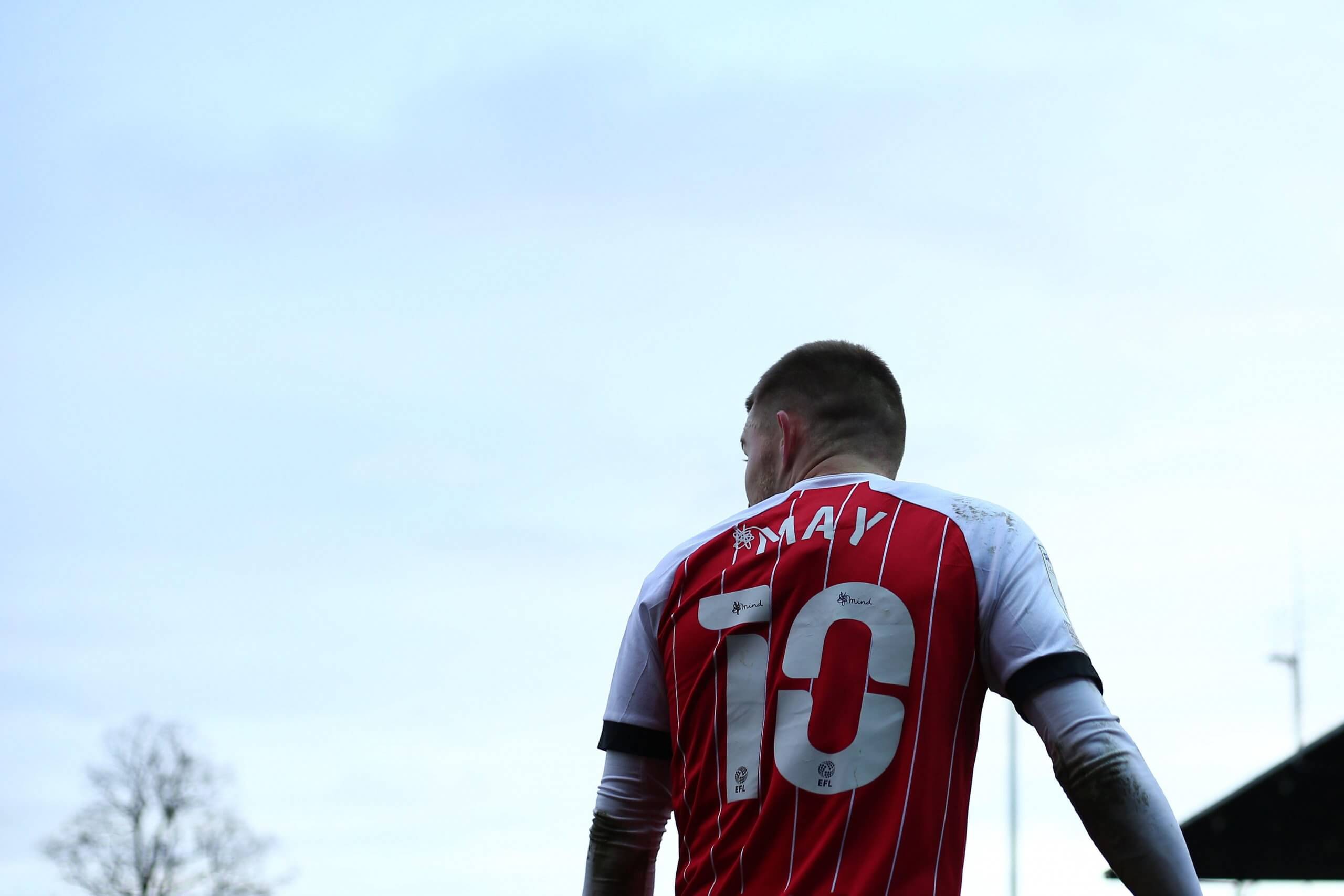 What is the aim for this window and what positions would you like to see strengthened and why?

BN: “This window is just about keeping consistency and replacing our outgoings.

“We still have the same Director of Football pulling the strings and bringing people in, so have Elliott come in to play the same style of football with the same system means we can go through this window with little change and with the same targets as before.

“We needed a left-sided centre-back to replace Boyle, we got one. We needed a midfielder who can pull strings in midfield and put a good ball into the box, we’ve done that.

“Nlundulu has returned which will be great for May (if he stays) as the big man/little man did so well in the second half of last season.

“All we need now is cover at right back, a loanee goalkeeper and another midfielder and we’ll be fine.”

What should be the target for next season?

BN: “It’s another case of not knowing what to expect going into this season.

“The target among most is to stay up, some are more pessimistic and some more confident, but safety again will be fine and give Elliott and Moore time to keep building our squad.

“It takes three seasons to build a good squad for free if you can keep your talent: whether we see this as year two or back to year one, we should be fine.” 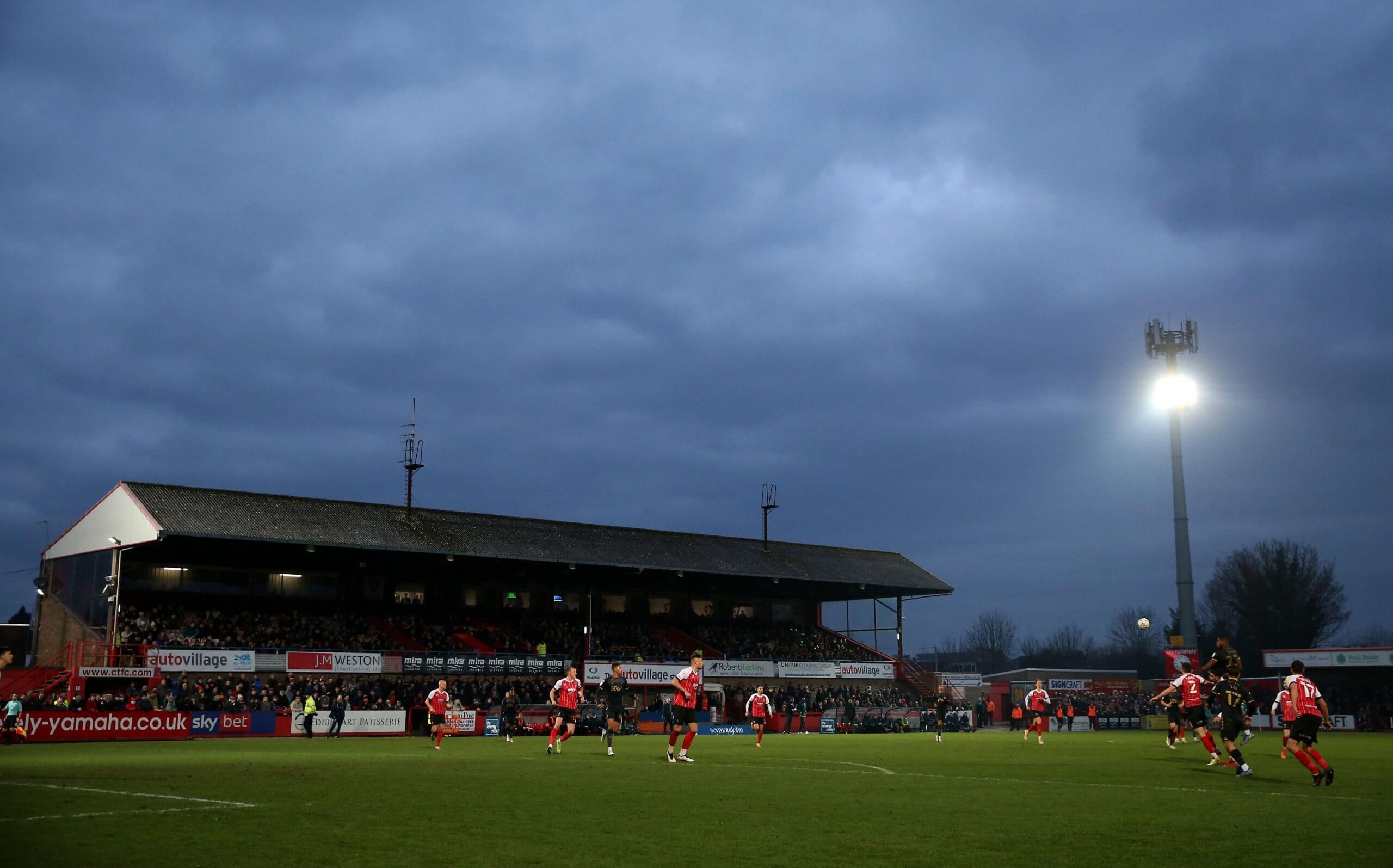 With Ben’s insight in mind, these are the suggested #SuttonsSignings for the Robins…

Cheltenham have done well with goalkeepers in their modern history, but they did not have the usual continuity between the sticks last season, as Duff rotated between Scott Flinders and Owen Evans.

Neither quite grabbed the jersey, despite having excelled at Whaddon Road previously, as the former was released and the latter transfer listed before being picked up by Walsall.

Phillips is another stopper fondly remembered in the Cotswolds, having starred on loan from Charlton in 2015-16’s National League title-winning campaign under Gary Johnson.

The 27-year-old’s current employers, Cardiff, have signed two goalkeepers this summer in Ryan Allsop and Jak Alnwick, which suggests he may not be in their plans for the Championship.

Phillips may see himself as good enough to play for a bigger-budgeted League One club than Cheltenham, but a return is not impossible.

A move across the border would shift the ‘keeper closer to home – and somewhere he already has a warm connection with natives. 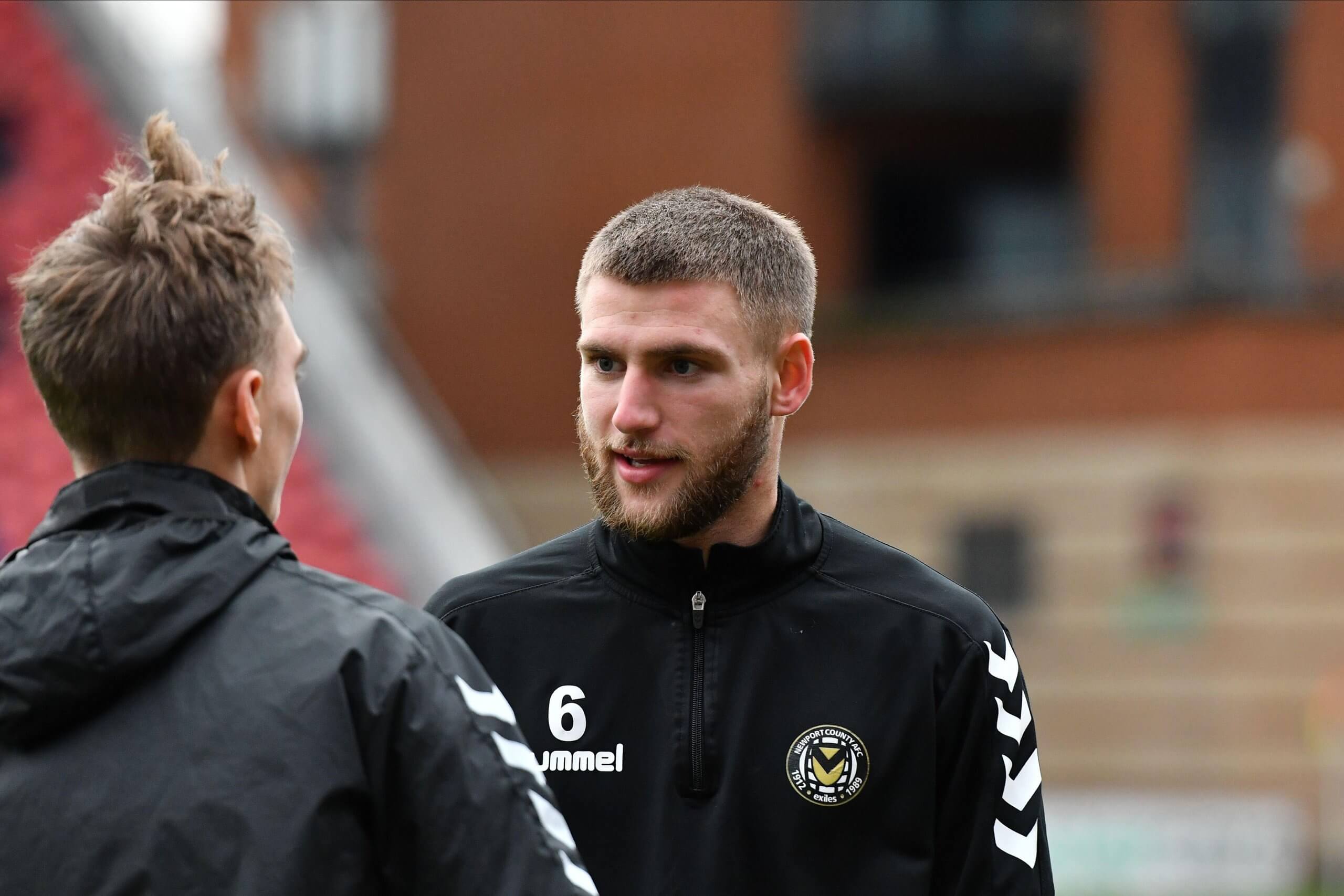 Cooper was outstanding for Newport County in the first half of the 2020-21 campaign, before Swansea recalled the centre-back from the League Two club in January.

The Wales Under-21s international was then similarly impressive at Swindon in 2021-22, but had his time cut short by injury.

In smoother circumstances, Cooper could easily be a Championship regular by now but, as it is, he may need one more loan spell before taking the Swans side by storm.

Charlie Raglan is preferred on the right of the back-three rather than in the middle and with Mattie Pollock back at parent club Watford, Cheltenham may need one more defender.

It may be that Wade Elliott favours an experienced option, having lost skipper Ben Tozer then stalwart Will Boyle in the previous two summers, but Cooper’s ball-playing ability makes him a hugely tempting candidate if Swansea are open to discussion.

Hands-up: we at FansBet are not experts on Dinamo Zagreb II – not yet, at least.

Dennis Gyamfi, though, has been on trial at Cheltenham and the management team will have to make a “snap decision” on the right wing-back, who in the coming days will either be offered a contract or return to Croatia.

Gyamfi had reportedly not played since May before the friendly with Bristol City and would take time to build up match fitness, yet time is something Cheltenham can offer.

First-choice Matty Blair’s drive for high standards makes him a prominent part of Town’s core leadership group, and the 33-year-old’s reliability means Gyamfi could be gradually eased in without undue pressure.

The former Leicester Under-23s man is believed to be very attack-minded, agile, aggressive and quick.

He’s one who could start on the back-burner, but come to the fore as the season progresses with a view to taking on greater importance in 2023-24 if all goes to plan. 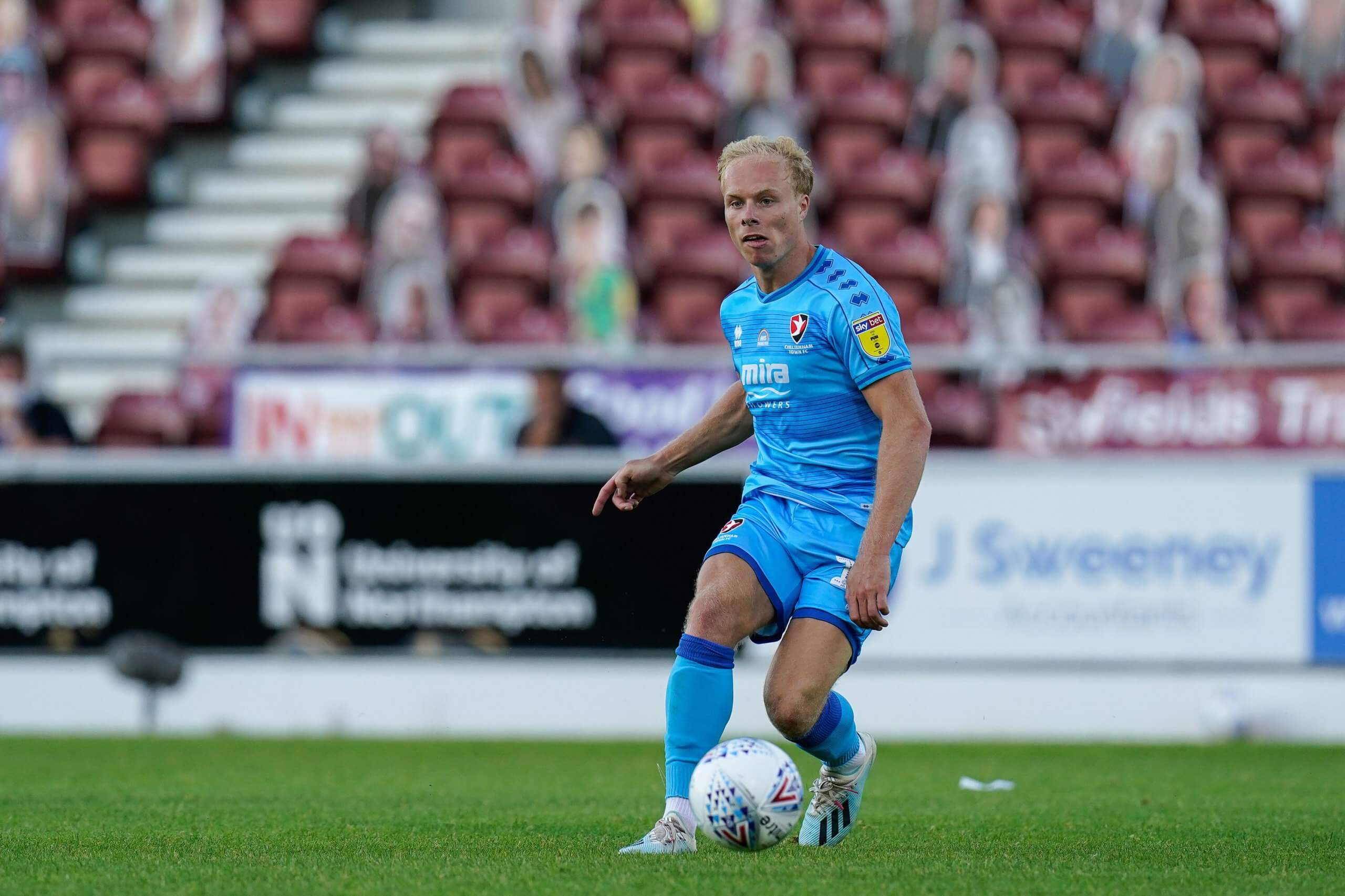 Similarly to Phillips, Broom is capable of getting a more lucrative move than one to Whaddon Road.

Although transfer listed by Peterborough, the 25-year-old featured in all bar three of Plymouth Argyle’s league games last season, as the Devoners amassed 80 points.

With that in mind, one would have expected Broom’s permanent switch to Home Park to be a mere formality: it hasn’t happened yet, though.

In fact, Argyle have signed another box-to-box midfielder in Matt Butcher from Accrington Stanley, whilst thus far retaining one in Panutche Camara.

The longer Broom goes without securing a move, the more a return to Cheltenham may hold appeal, especially given the affinity he’s already build up with natives.

Broom starred in both wing-back positions for the Robins in 2018-19, before applying his verve and drive to a goalscoring midfield role in 2019-20’s Play-Off campaign, after Kevin Dawson left for rivals Forest Green.

The Newport-born athlete is not the most refined technician, but his ability to take opponents on directly can open up games, especially if he’s supported by a more creative number eight like Liam Sercombe or Dan Adshead. 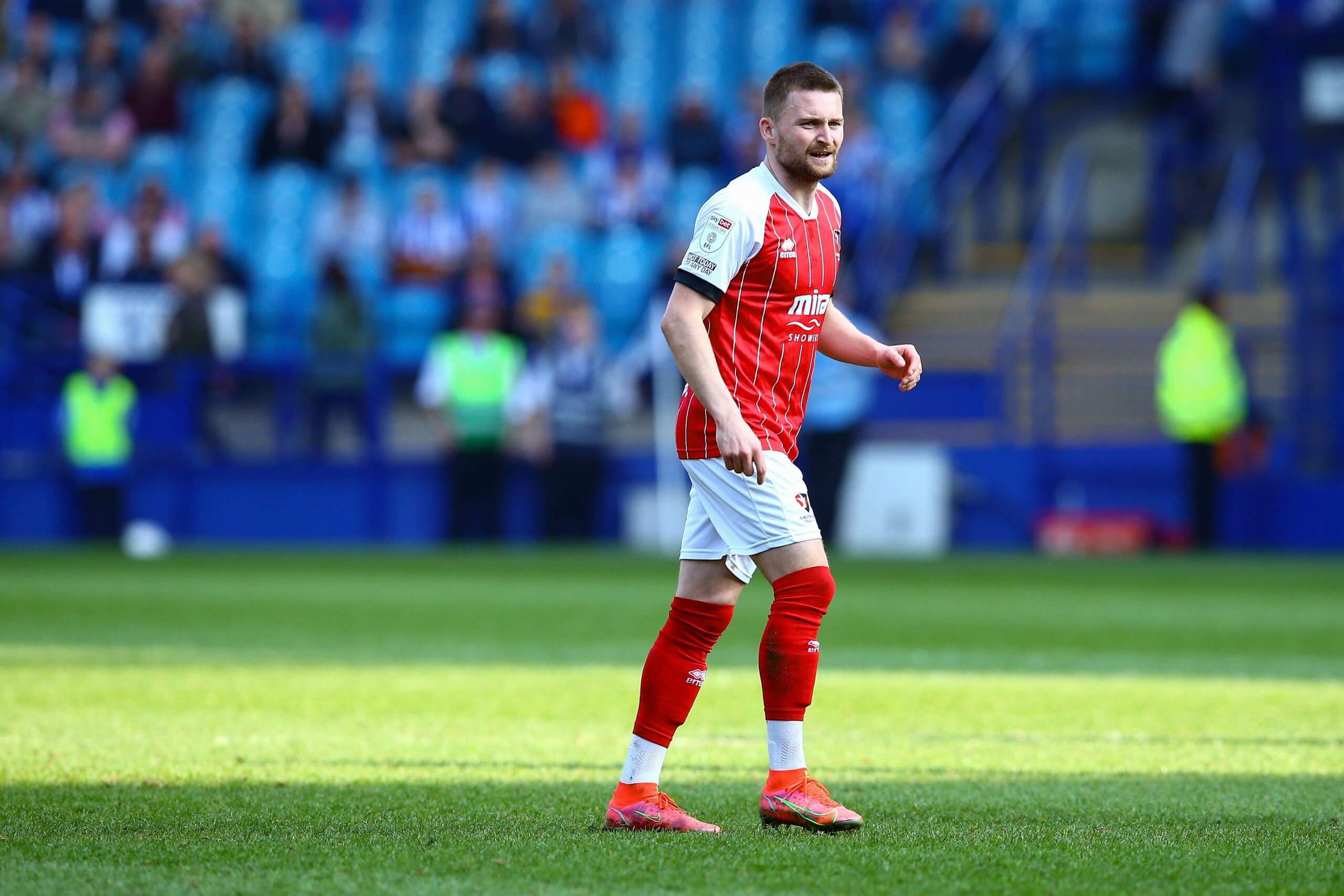 Kion Etete was only on loan to Cheltenham in the second half of last season and while the club have clarified their intention to keep star striker Alfie May, thwarting interest from Championship suitors will not be easy.

Concerns in the striker department may be eased if Charlie Brown can find fitness, then show why MK Dons fans were so excited about his arrival from Chelsea two years ago.

There is even more optimism that Dan N’Lundulu, on loan from Southampton, can find the form he threatened in last year’s stint in GL52, prior to injury four games in.

N’Lundulu will bring a range of qualities, but the 23-year-old’s pace is his biggest asset: it earned him 12 Premier League appearances for the Saints in 2020-21.

It would make sense, therefore, for Cheltenham to pair the France-born front-man with a striker who can thread a pass: Omar Bugiel fits the bill. 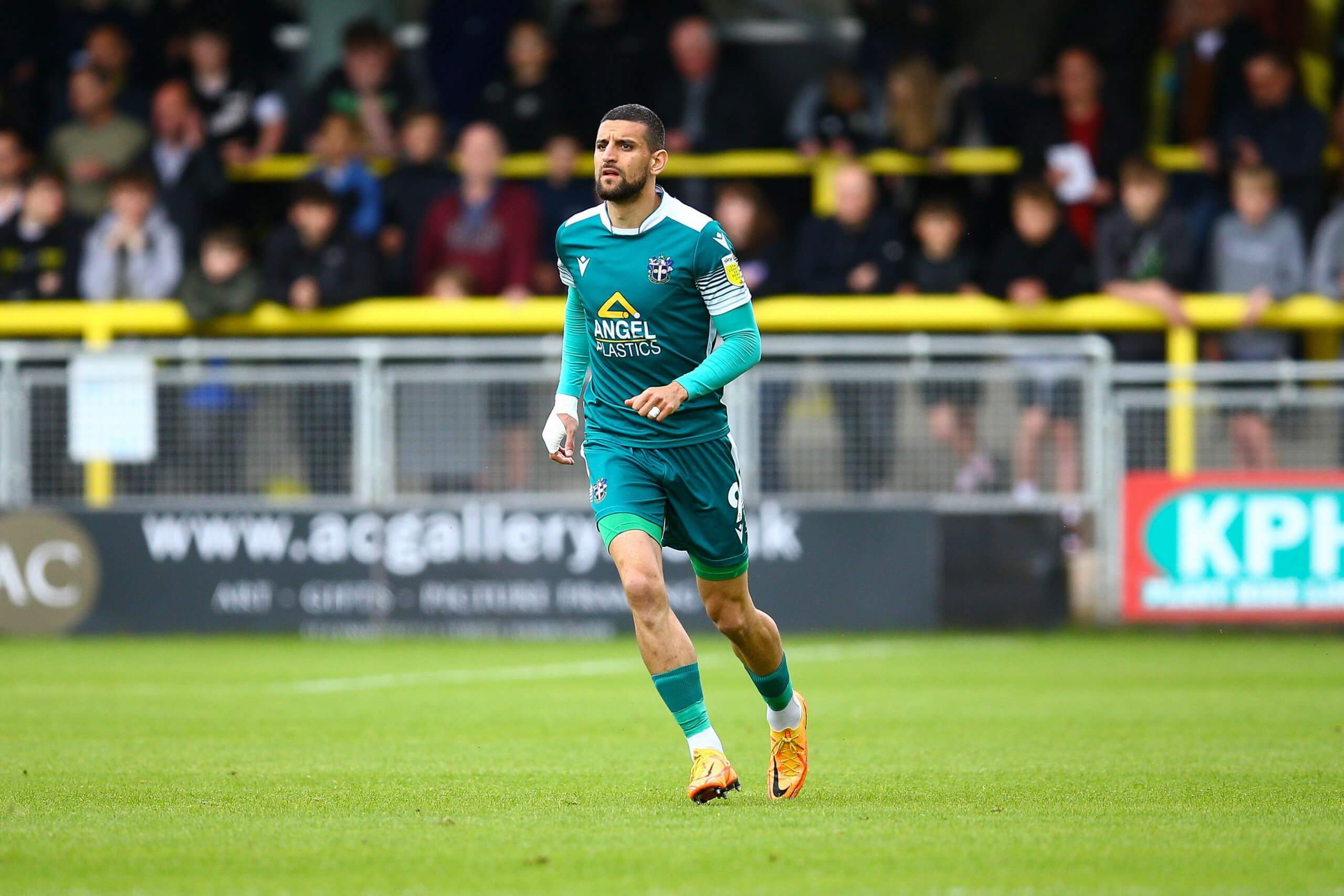 If Town can tolerate what they would perceive as a chequered FGR past, Bugiel would be perfect for Wade Elliott’s side.

Although not quite tall enough at 6’1” to be considered an orthodox target man, the Berlin-born talisman has a good spring on him, is reasonably physical and can hold the ball up if serviced to his chest or feet.

Though classed as a centre-forward, Bugiel likes to drop into the hole and would create a temporary diamond within Elliott’s 3-1-4-2 with him at the tip, Elliott Bonds at the base then Adshead and Sercombe (or optimistically Broom) pushing on.

The 28-year-old may get overlooked elsewhere for a League One step up due to age and limited sell-on value, but his range of qualities are unique.

Bugiel’s link-up play is excellent, and he loves to slip in a quick strike-partner, having forged an effective pairing with Donovan Wilson last season, while he also has the selflessness to graft in wide areas and set the tone from the front.

The Sutton striker only has one year left on his deal with his current employers, who may be keen to get a fee, and if Cheltenham sell Alfie May, then paying a modest one might not be out of the question.